Wednesday 1 October 2014
It was when looking at our route for the Harry Walker Tier walk that I noticed Heathy Hills Nature Reserve on the map and proceeded to view the satellite image.  It seemed that some of the reserve was fairly open and also appeared to have overhangs, as well, the name sounded quite enticing so a walk was planned.
The reserve is approximately 189ha and is 3km north north east of Elderslie.  It includes characteristic examples of Inland Eucalyptus tenuiramis forest. This place is located within the Elderslie Sandstone Landforms, a very extensive complex of sandstone cliffs and caves in Triassic sandstones.

Spring is best for flowers and the volume of water in the Jordan River would hopefully be lower than the winter flow. Getting over was the first problem and after checking few options the spot used by farm vehicles was the best one, and a dash across kept wet feet to a minimum.  We had obtained permission from the owner of the small segment of land between the road and the river. 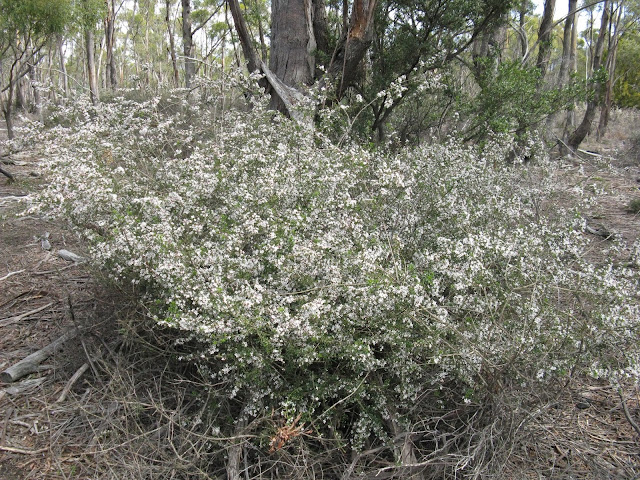 There were massed flowing of Boronia anemonifolia in the reserve

A sizeable gorge was entered and the cliffs enticed a closer look, firstly to a decent sized cave then much to our surprise we came upon a big arch of rock.  This was quite a feature and certainly a most unexpected highlight. 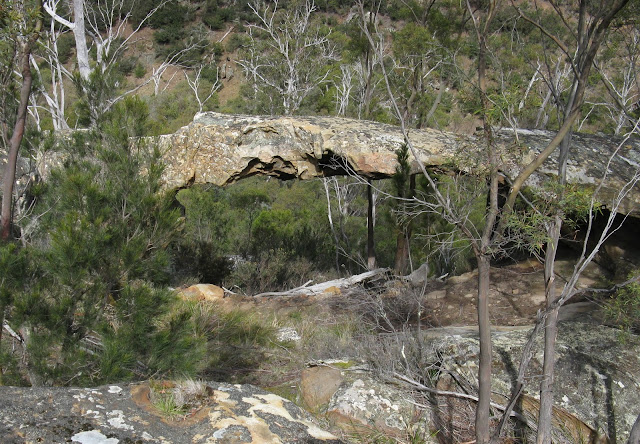 A steepish climb up the opposite gully brought us to a sandy flat top with a very gentle walk up to the high point on this, the southern side of the reserve, for lunch.
The return was back down this top and down to the river where we found easy crossing points of the Jordan.  It seemed to have two channels here as we had to make two crossings.
The 7k walk took 3 ½ hours, including morning tea and return a mere 1 ¼ hours.
Click the image below to view the photo album