Showing posts from 2019
Show all

The Worst and Best of Ways 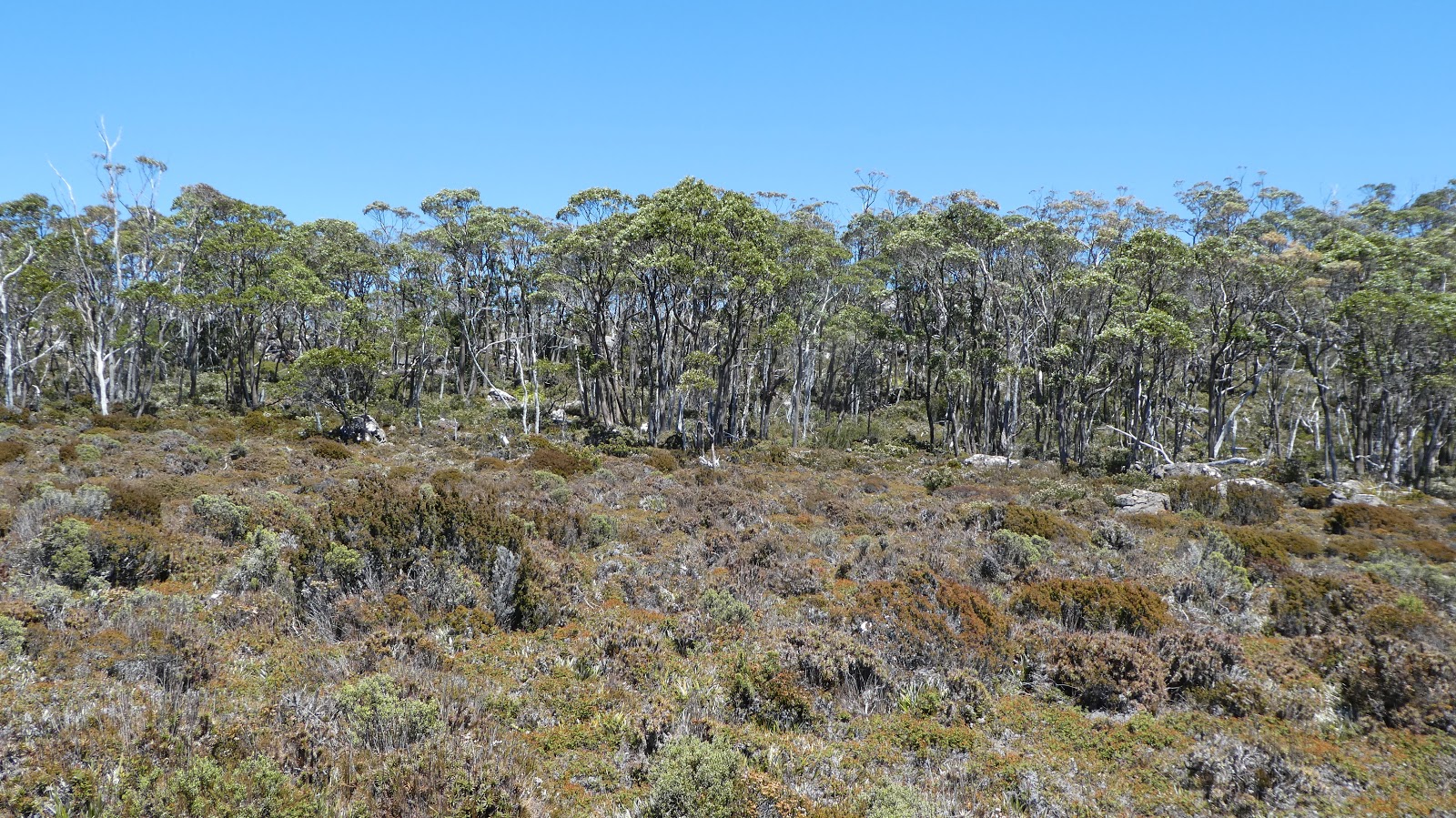 According to a GPS track file we tried walking to the Monash Valley by a northern route and I thought it might be worth going that way again.  However, it was a bit scrubby and rocky and was probably the worst way to go.  Once there a gentle slope was noticed leading up to Wombat Moor and this was used for the return and proved to be the best way from the various ones used over the years.


Although Boronia and Epacris were flowering well, along with Bauera, the scoparia was very poor with only a few bushes having any flowers. 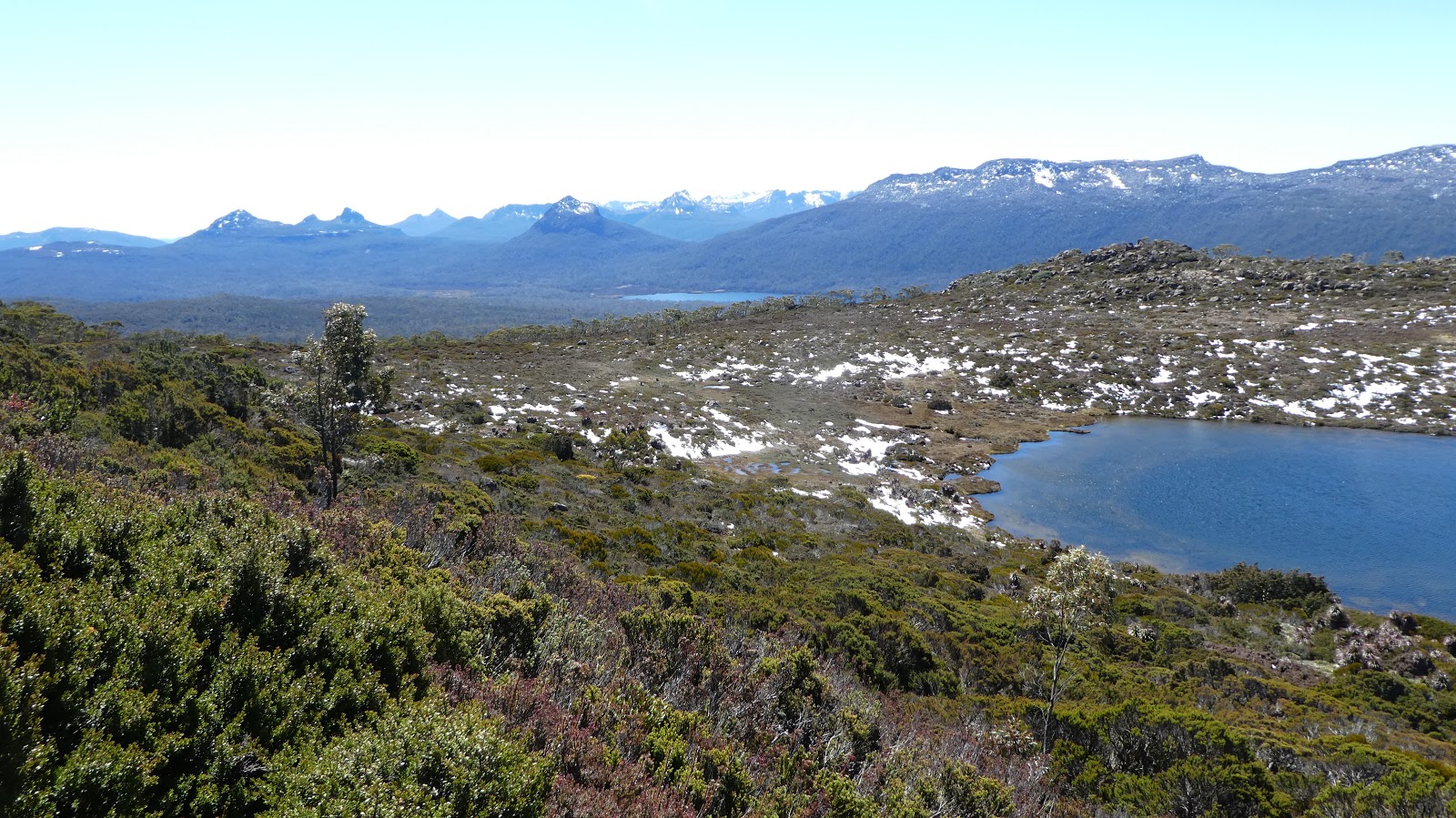 Apart from the climb over the rocks below Little Hugel things were going OK. The supposed best way down to Lake Hermione was taken, but it proved to be far from ideal and those that had used different routes on previous occasions felt they were easier. There were lots of fallen trees to get over and plenty of scrub.

The Franklin River below Hermione, where we crossed, was running high and we got wet almost to the hips. Camp was made at the lake and we sat out in the pleasant sun.

Heavy frost heralded a nice day for the walk through the lovely valleys of the Cheyne Range.  It featured pencil pine forests, tarns, lakes and no scrub. It was a bit of a grunt for the ascent to the top of the range, but it was the descent towards the lake that was to be our campsite that took its toll. We reached a thick scrubby section and found there was no way round so had to force a way through. Whe…
Post a Comment
Read more 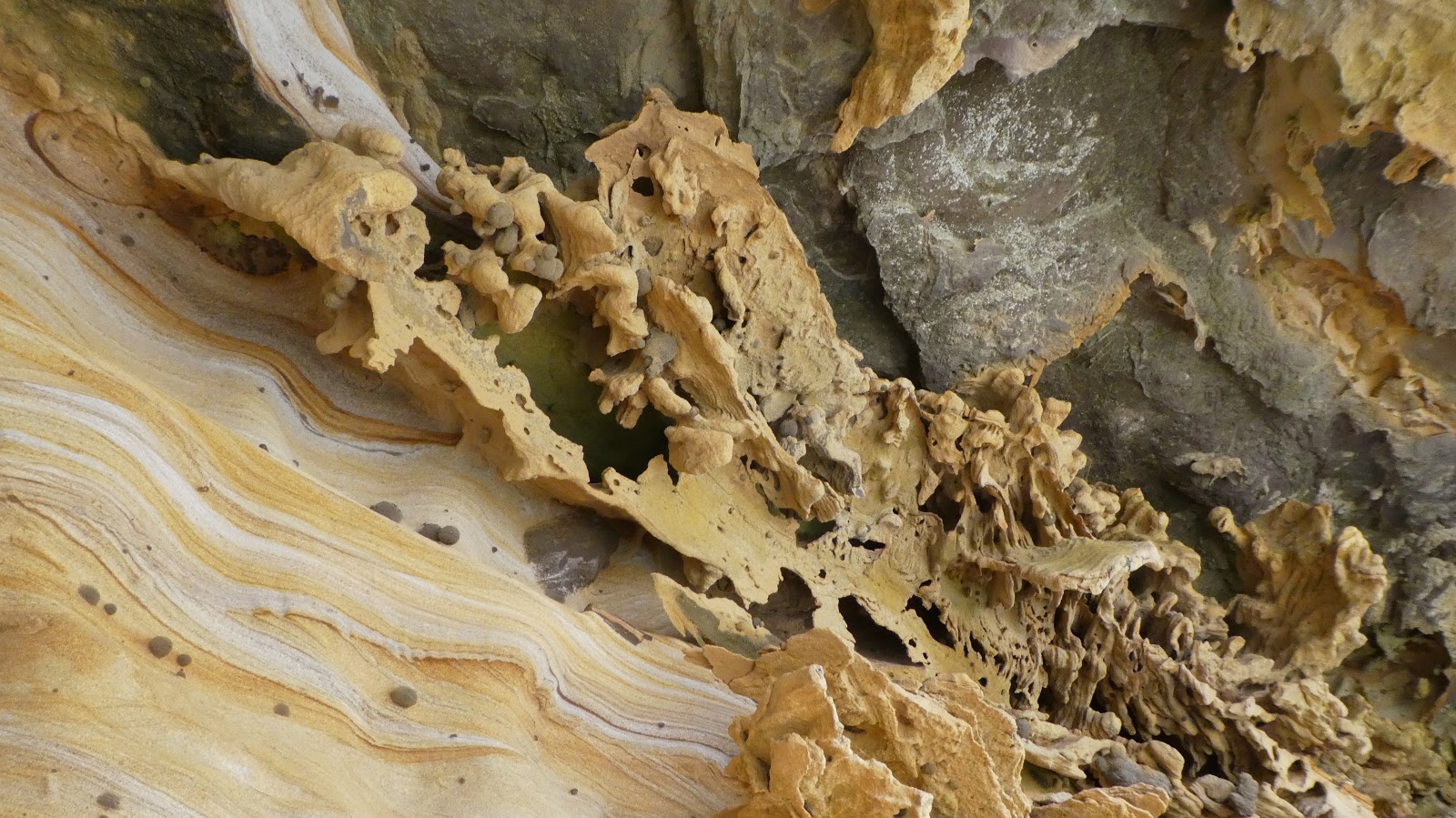 We reached the point of entry to Bluff River Gorge at the same time as 4 motor bike riders, but as they sped off south the sound of bikes quickly faded.
Although we all have been here several times, the length and convoluted route still surprises. You also forget how many spots there are where great care is required whilst traversing narrow ledges. Overall there are 40 or 50 of these risky bits, many where a fall would be fatal
The flowers were good, especially the Boronia and tetratheca. Overall though perhaps not as good as some years. Morning break under a huge cliff, disturbed a Peregrine Falcon that circled us vocally.
Parts of the track were indistinct, some obscured by fallen vegetation. Scenically it was just as good as ever and the weather good and mostly sunny.

It took about 5 ¼ hours, including breaks for the 9.25k walk


There is a photo album at this link.

Table Mountain from the East

Shirley suggested a walk from Sarahs Waterfall to Table Mountain and asked me to work out a route, as I have a GPS.  We delayed the walk until the end of September and just as well, because we probably would have run out daylight if it took place in winter.

There are logging roads and tracks with bush in between and a plantation. Just prior to Sarahs Waterfall is open bushland, but then a plantation had to be skirted before a section of forest. After a circuitous approach we arrived at a substantial logging road which we stayed on for the next 3.2 kilometres. The final section was on an old wide track leading to the summit.

The weather was pleasant, calm and sunny all day, but we were feeling weary by the finish of this 22k 8 hour day.

The actual walking took 3:50 to get there and 3:15 back. This is partly explained by the inward route deviating somewhat to total 11.4k whilst the more direct return was 10.6.   There 3.2k of good standard logging road which we thou…
Post a Comment
Read more 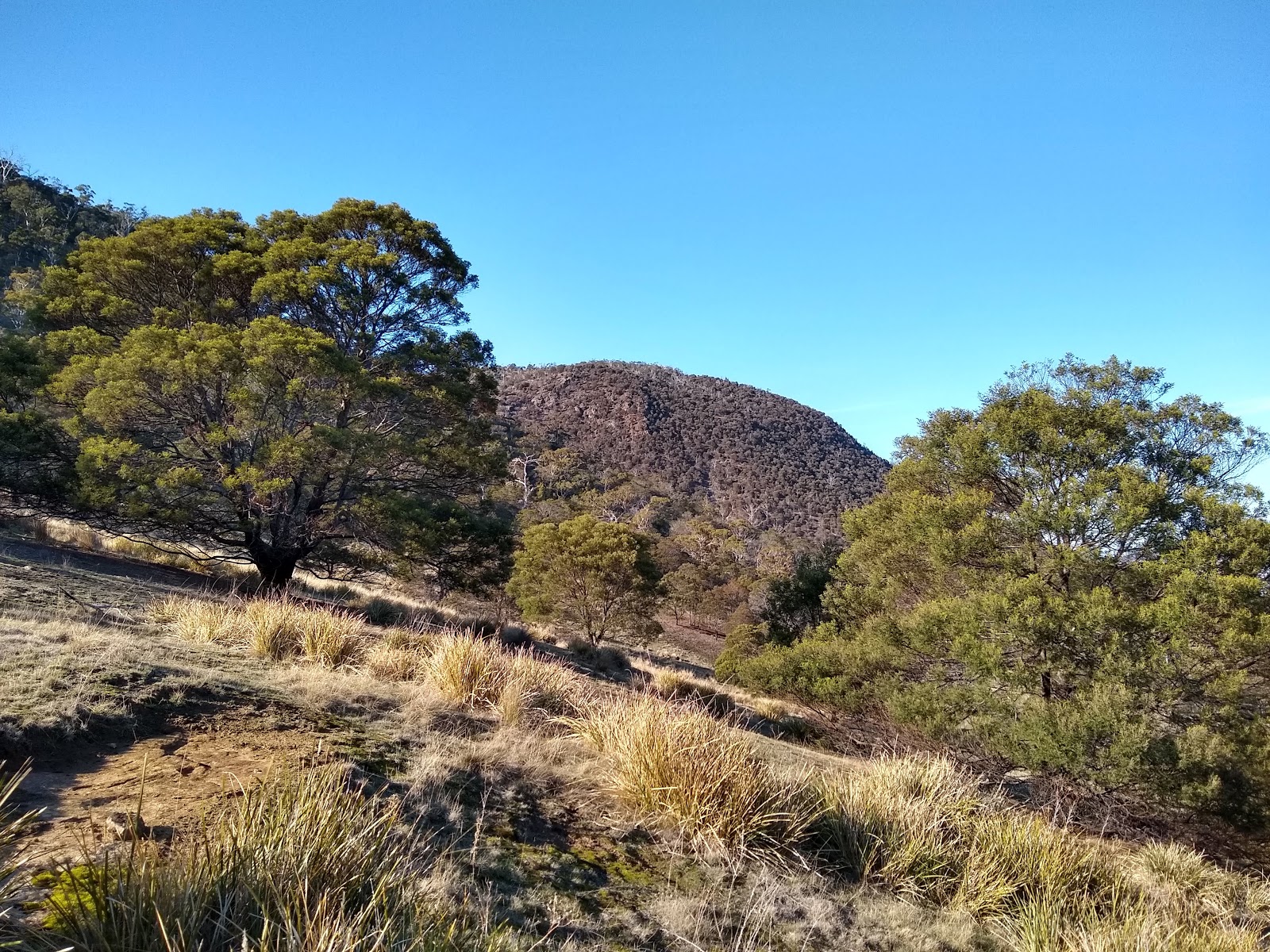 It was quite obvious from looking at the country above us that it would be a steep walk. Initially we followed a vehicle track where we encountered a woman taking her dogs for a walk. She went past but one of the dogs refused to pass until we stood well back from the track to give it a wide berth.
The first part of the climb was not too bad and the country very open, but soon it became steeper and even steeper towards the upper reaches of the ascent.  But once on the first of two plateaux, the rewards were obvious.  Here the land was attractive with eucalypts and grasses from which many wallabies rushed from and the views were good.   Made all the better by such lovely weather we were enjoying.


After a lengthy tea break in the sun we then moved onto the upper plateau and then to the summit of Mount Direction, before going the eastern high point, a further 500 metres away, for lunch.
On the return we left the plateau at a more southerly location, but it proved to be …
Post a Comment
Read more 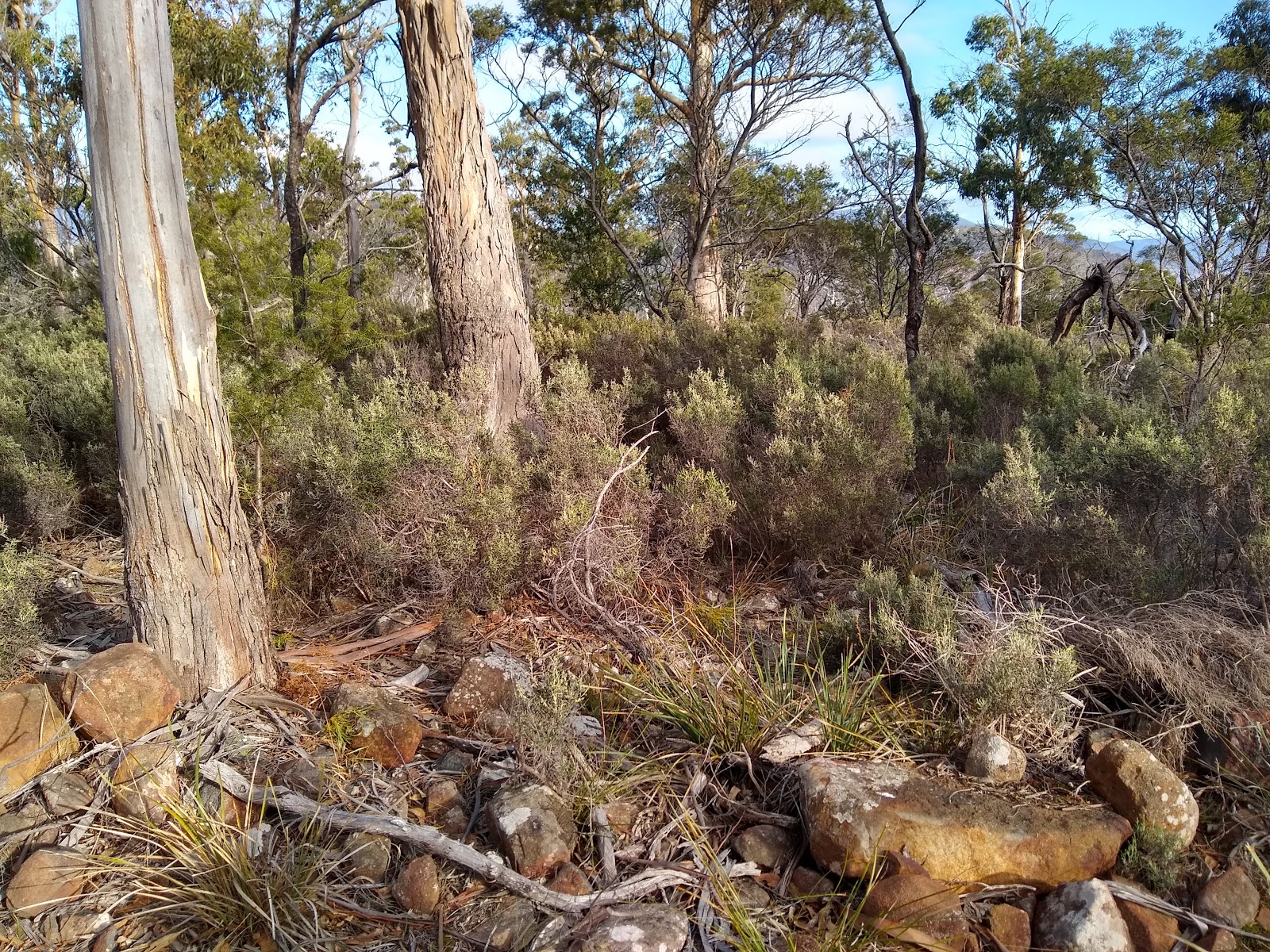 There were a few hiccups on the way and all down to me, well almost all.

I had a series of coordinates on the GPS and was also aware that the batteries didn't have a lot left in them. But I forgot to bring the spares and started being frugal with using it. But this was a contributing factor in my first bungle.  The other mistakes were forgetting to bring a cup and teabag, not having spare batteries and, as explained below, not being patient enough with my GPS.

The route taken was up a steep hill and whilst on top I decided to take a track leading off earlier than planned. It was nice country eventually brought is to a vehicle track, which turned out not to be the one I thought it was. Turning the GPS on solved bungle number 1.


Once back on track all went relatively OK, until a fence was reached, and it seemed that resorting to the GPS would be helpful. However, it seemed to be flat, but although my phone map was useful it did not compensate for not having the coo…
Post a Comment
Read more 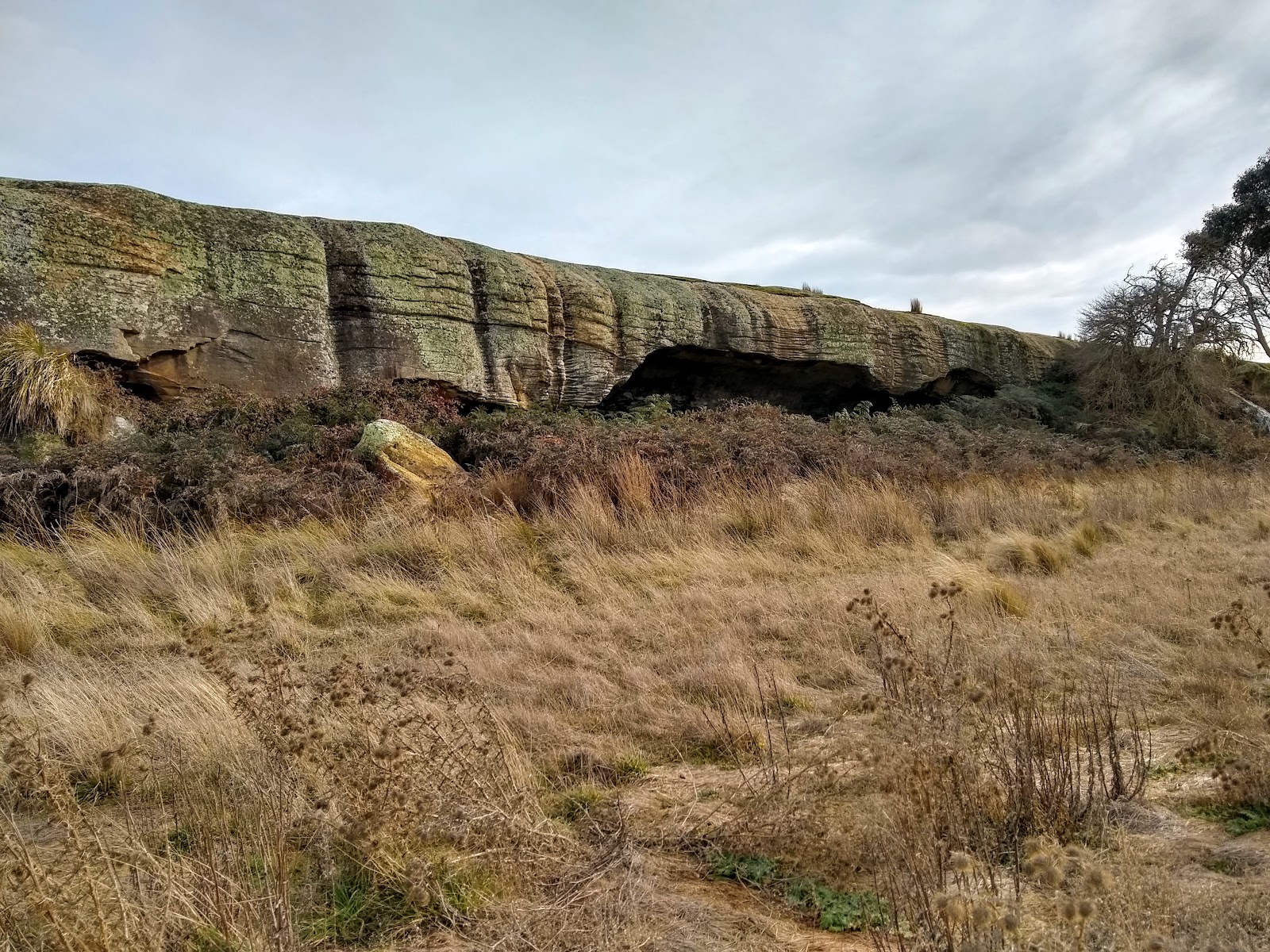 The circuit walk of Lake Dulverton was more interesting than expected and the lake is larger when viewing from the northern side than what appears to be the case from the western end. There were quite a number of cliffs and large numbers of swan.  It is effectively divided into three parts by causeways, with plenty of water in the first and second ones, but much lower on the distant eastern part.  This allowed us to cut across the far end, although it did prove to be surprisingly lumpy. We were back in time to eat lunch at Shirley's home, away from the cool brisk breeze. 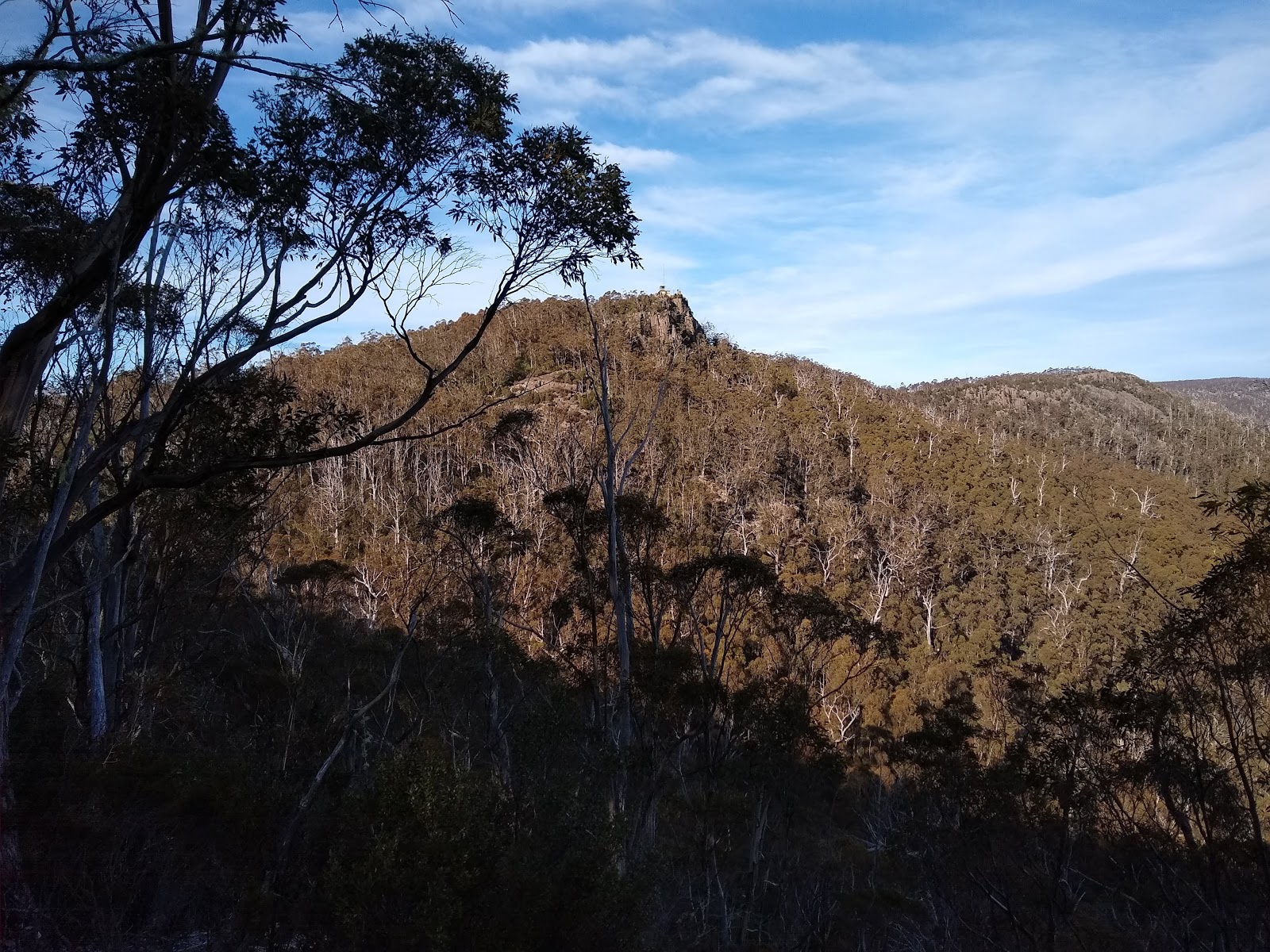 Tuesday 25 June 2019 No one disagreed that being to Mount Lloyd, the way went, was hard. We had a route on the GPS but, after looking at the map and satellite image, I worked out a way contouring the slope of Billy Clarks Hill, but it didn't pan out. We ended up in a steep climb over often unstable ground to the top, where they were several open Moss covered rock slabs. These were a nice reprieve from what went before, but beyond lay scrub into the access track to the Lloyd summit was reached.


Following lunch, we split with Dave and Adrian taking up the offer of getting picked up where the vehicle access track meets the road. Neville and I went down using a route from Dennis of hiking SE and this proved a good way and a lot less steep than the inward route. Dave and Adrian made it to road which entailed a drive of almost 4k to collect them.
Post a Comment
Read more 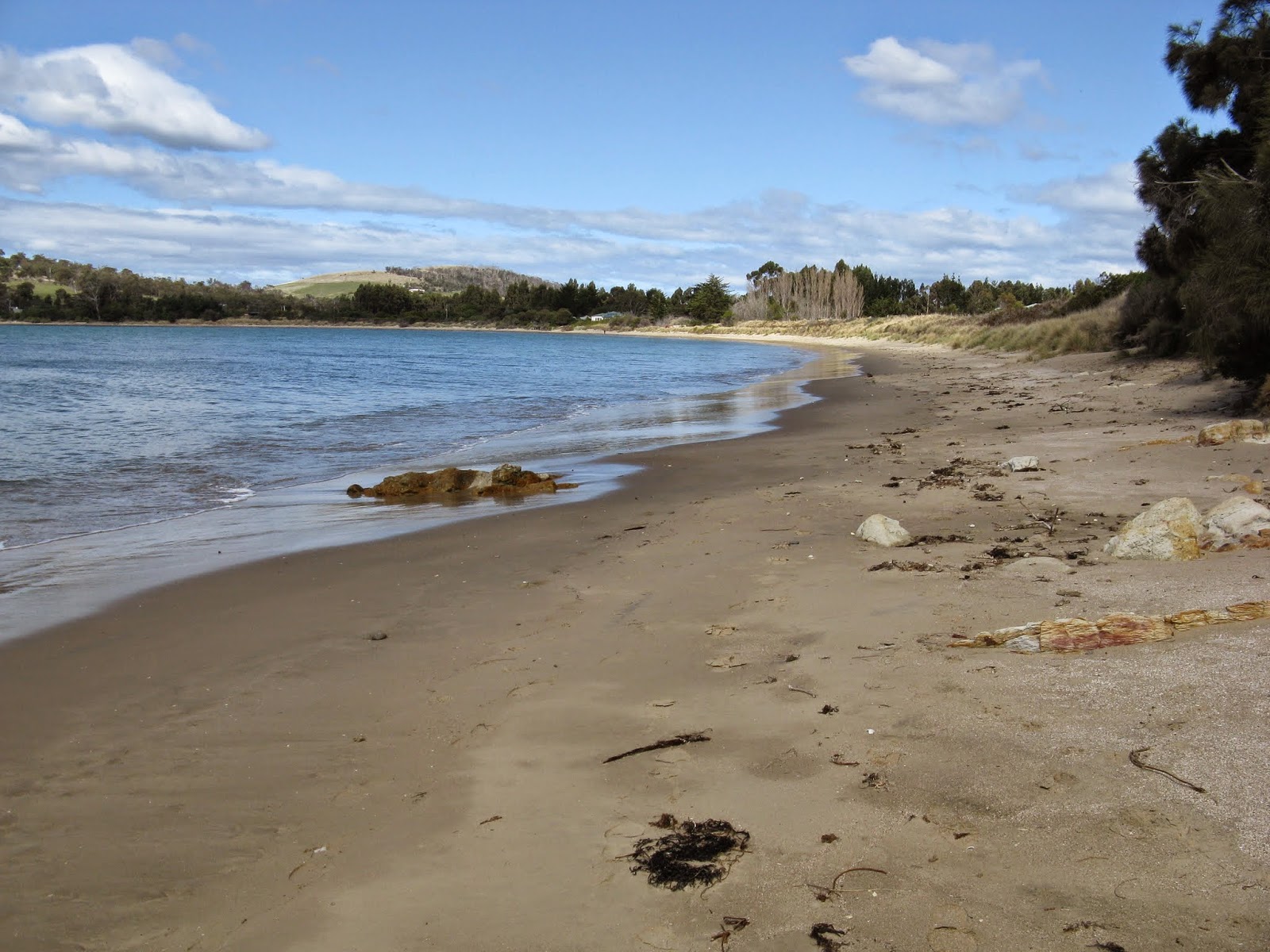 Monday 17 June One of the objectives was to visit Calverts Hill Reserve to view an area of about 200 Eucalyptus morisbyi.  They are just over the top of the hill on the western facing slope and are a very threatened species with not many plants now producing seed.  This is to a considerable degree due to climate change and associated warmer and drier conditions.   On approaching the high point, we could see a lot of large dead trees and it was not until reaching a more sheltered slope over 200 metres along from the high point that we finally spotted a live tree.  Then a few more were noticed including we thought some younger ones.  A section of the reserve here a roll top animal exclusion fence which hopefully gives the plants a better chance. The coastal track, really a worn pad would better describe it, was returned to and we continued to Mays Beach. It was a sunny day although cool in the breeze but mostly we were sheltered from it.    Return was quicker without the diversion to Calve…
Post a Comment
Read more
More posts