Mount Bobs and The Boomerang

So far this year I have not had one day on a walk where the sky was bright blue and cloud free all day, and the walk to Mount Bobs was no exception. However it was fine for the bulk of the three days, apart from a short shower during the second night.
The walk to Lake Sydney was fairly uneventful, although the Farmhouse Creek Track was pretty gruesome for the 5 minutes or so prior to the Bobs junction. The next bit was as usual a bit muddy and quite overgrown with a mixture of vine, Bauera and cutting grass, but there were not many new trees down over the track beyond there than was the case when I was last there some 13 years ago. The valley floor from near Pine Lake onwards was very wet though and Lake Sydney had overflowed into the sink hole area leaving just the two slightly higher camping sites above water level. It was just as well the forecast for the three days was fine as a decent downfall could have seen us having to find a camp in the forest.
A mixture of cloud, sun and cool breeze was our accompaniment for the walk to Mount Bobs and The Boomerang. We had heard that a reasonable route existed commencing from the right or north side of Lake Sydney and was not too bad that way, although I think it was not as good as the route on the left side which runs under slopes of The Boomerang. It involved a series of small ascents through old Myrtle and other scrub before a climb up a ridge to the Bobs summit plateau. As always the first view of Federation Peak appearing from over the plateau was ever so striking and dominating; on this day it came with a glow of sunlight brightening the rock face. After spending some time in a sheltered spot gazing at the views, it was back and down another ridge to the Bobs Boomerang saddle for lunch then a scrubbier climb than any could recall to the Boomerang. The plants clinging to the bare feldmark testify the harsh life on the top. A landslip that is revegetating was used to descend to camp, but not before a way had to be discovered to get off a small cliff.
The walk back to the cars seemed to be on a drier track and was a bit quicker than the inwards. There was a couple of spots in the forest where a bit of hunting took place to locate the route, but in general it was fairly straight forward. 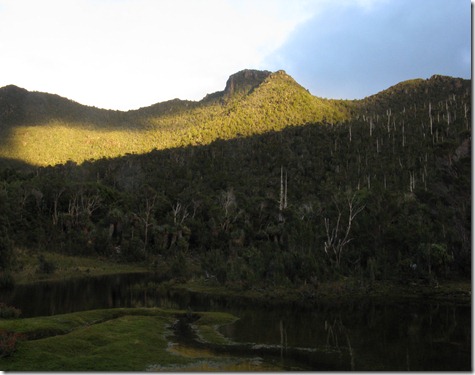 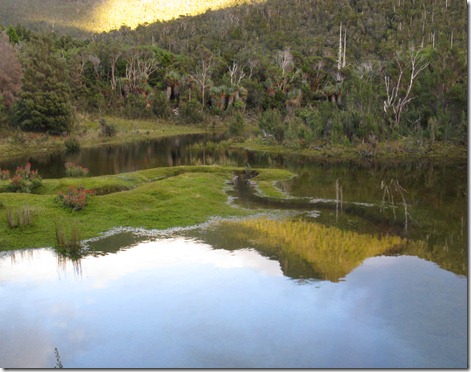 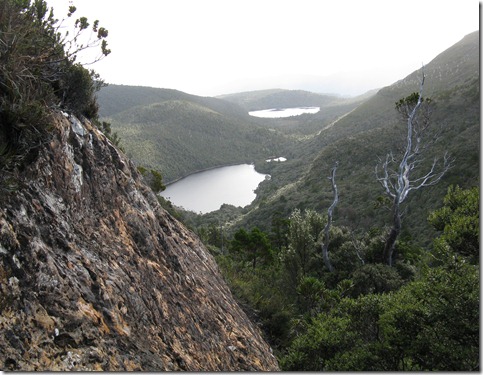 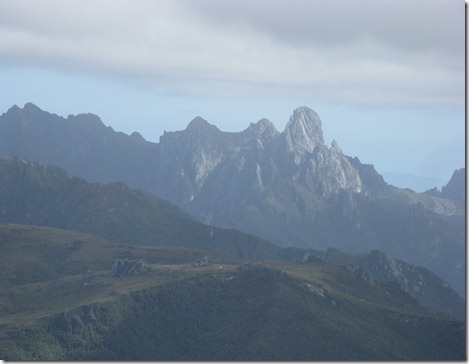 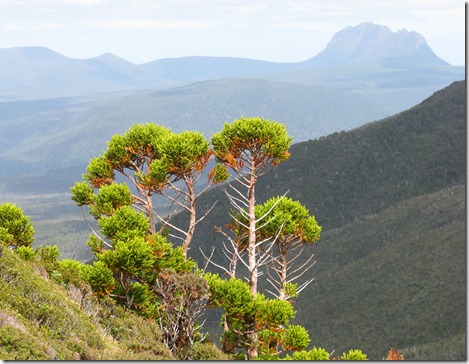 
To view the full photo album click the image below