19 September 2017
On arrival at the start spot for the walk we could not but notice the sign saying no entry, which caused some concern. The house opposite had smoke from the chimney, but no one was there. Next was to drive back to where we saw two people working at a farm, but that didn’t provide all that much helpful information.

Our decision was to park at a wide roadside verge at a crest and walk to Woods Quoin from there. It did entail hopping over a couple of fences on the way. It was a steady up then once close to the rocky parts the going got steeper, until a ridge was reached with a pleasant but short section along to the trig on the summit.

The walk in had been in briskly strong and cold wind and it was good to be in shelter on top for an early lunch. When the sun was out conditions were agreeable, but at one stage light snow drifted over. The trig is an impressive old-style rock construction and is on a small speck of crown land surrounded by private property.

Our return route was much the same as the way in, but the with last half on a somewhat more southerly trajectory.

A photo album is online 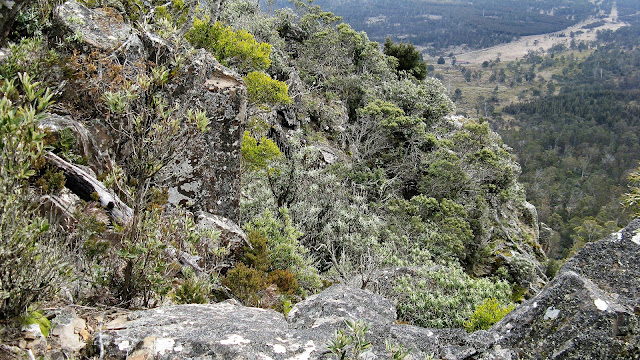 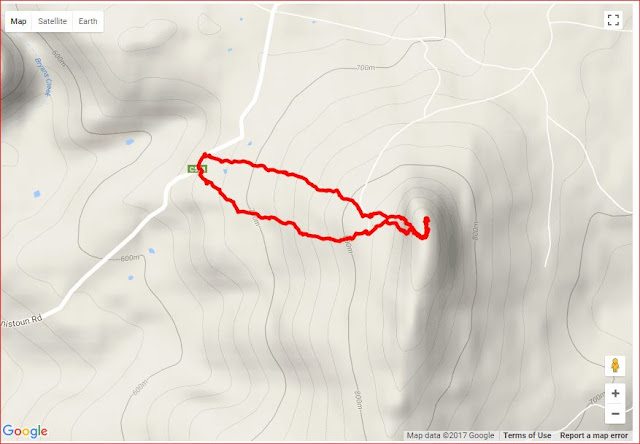