Showing posts from January, 2015
Show all

The track between Lakes Fenton and Webster is one of our favourites. Although in the high country it is a fairly protected from the elements and takes you along the side of Lake Fenton where initially there is Fagus then a variety of plant communities including Cheeseberry in flower and the Fagus relative, the evergreen Myrtle at the far end. Beyond is Kangaroo Moor where a lot of Boronia was in flower and also Baeckea.  Up until the end of the moor it is almost level walking, but after crossing a creek it is downhill through shadier forest where the ground level vegetation is dominated by dense Bauera.

At the bottom of the track Boronia returns and there is the crossing of the Dobson outflow which soon after joins that from Lake Webster to become the Broad River.
The river was flowing strongly and we took the option of not crossing and picked a lovely Boronia dominated mound to have lunch before returning. 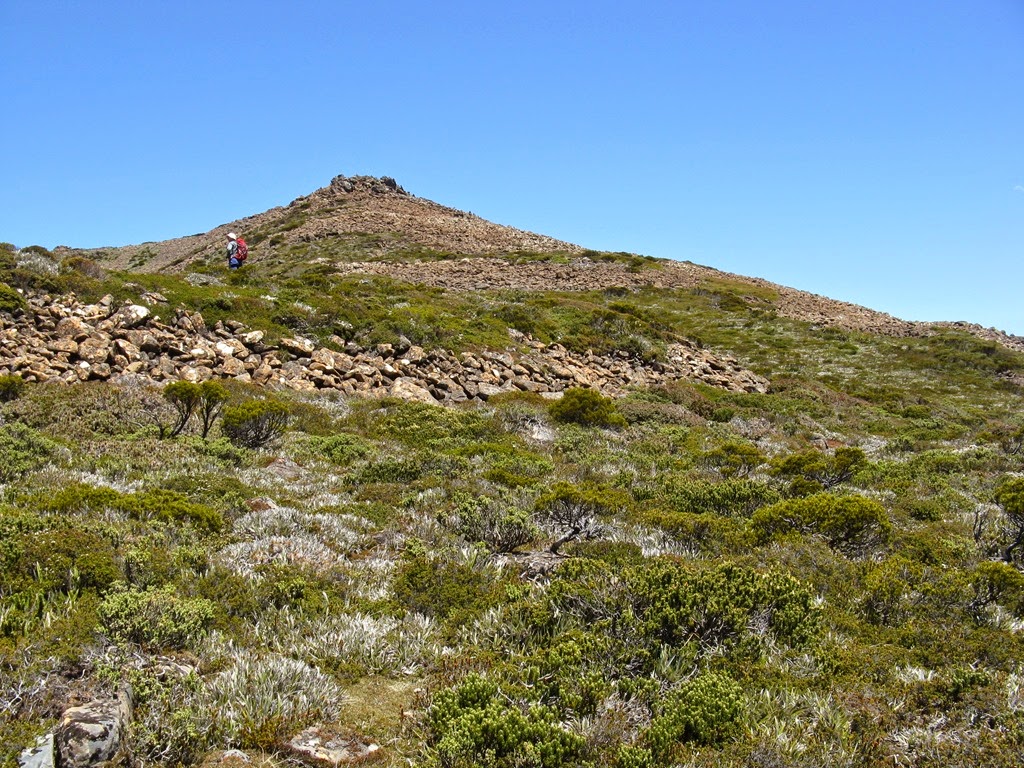 Monday 15 December 2014 This was a delightful early summer day without much wind at all and cloud free, but also quite a mild temperature. On top of that bugs were minimal and the flowers great.

During the drive in we arrived at an unsigned road junction and fortunately took the left one to successfully get to the start of the track. A fresh parks sign was met a couple of hundred metres in and then a short boggy bit of track, but once past that it was good underfoot. Some years ago I helped Dave T and PWS cut the new Woolleys Tarn track and got a surprise how long that section went for. It was still in good order and nice a firm and dry whereas the old start was wet and degraded. Things deteriorated at the other end well beyond the junction on the old track.

Woolleys Tarn was really a nice sight and we took a break there in the shade of the old myrtle trees before climbing up to the plateau. 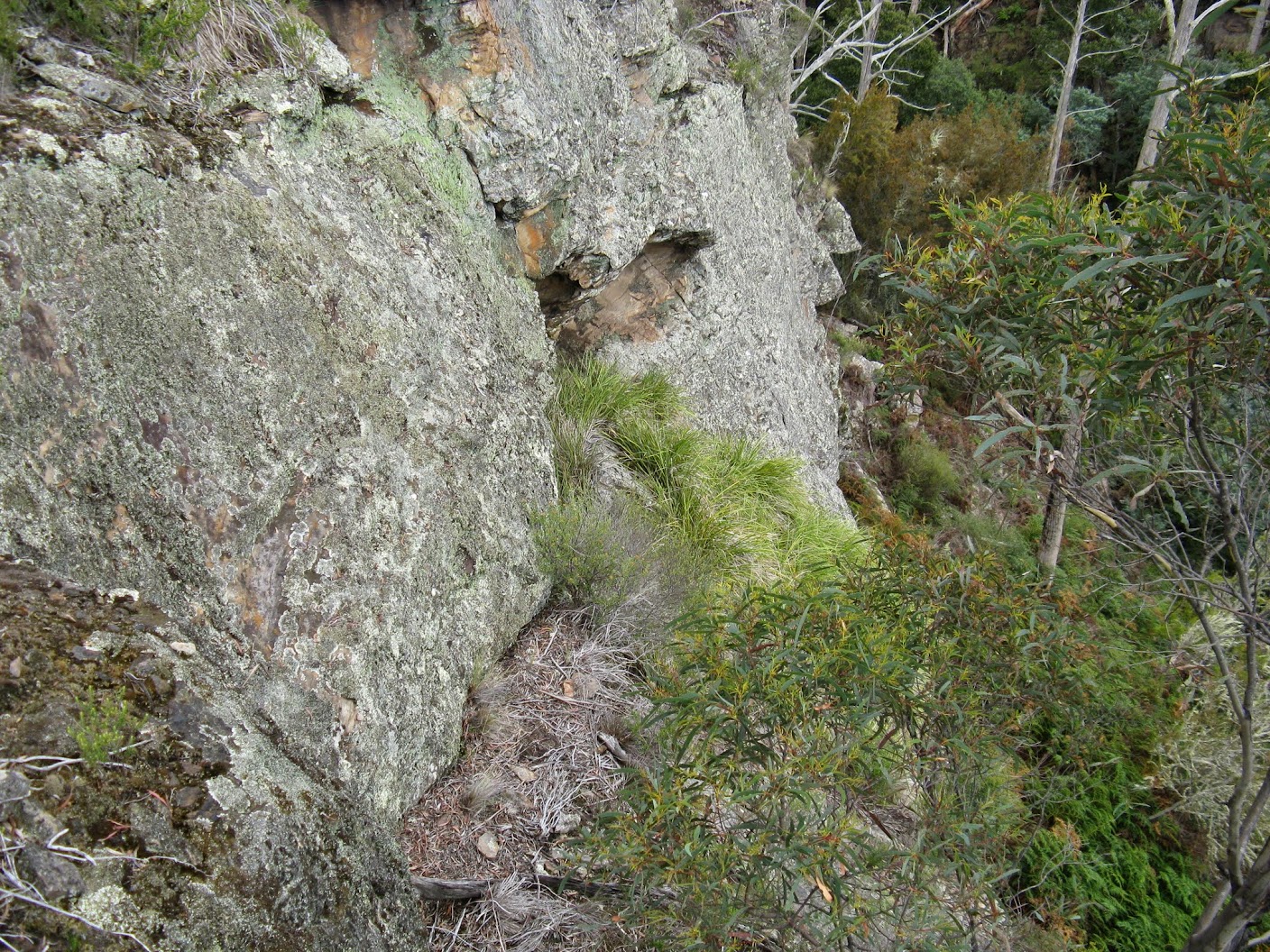 Thursday 15 January 2015
Not a long walk but nevertheless it was 6.5k and took 3 ½ hrs.  The cars were left at the community centre and we walked up the quiet road to the gully, passing a host of car wrecks before doing so. It was fairly typical of the midlands sandstone country with dark soil, patches of bracken and other spots in shade with spindly small trees that could easily be walked under.  After all the rain of the day before, there was a surprisingly low flow in the creeks.
After morning tea under an overhang we went further up the gully before climbing out of the creek onto the north facing side.

Here the vegetation changed markedly, with lots of Boronia and some Ozothamnus and quite open walking along the cliff tops. Then it was down to cross one of the several gullies in the area where we
could see several caves on the cliffs opposite.  Getting down involved an area of stinging nettle and a few of us managed to touch a bit.  My ever so faint touch stung for ages and ev…
2 comments
Read more

Wednesday 31 December 2014
Although a minor peak at 1228 metres the peak directly above Lake Fenton is only 46 metres below Field East and 20 metres higher than both nearby Seagers and Davis Lookouts but is unnamed, so I have called it Fenton Peak. The idea was to walk there to view the scoparia in the very attractive setting at the saddle before Windy Moor and I described it as a stroll.


First we went through the most pleasant bush to Seagers Lookout where we met three women, one who knew me and one recognised Adrian; as is often said “Tasmania is a small place”. From there we went on the aforementioned saddle where we discovered the scoparia was not as brilliant as previous years then a fairly scrub free ascent to the Fenton Peak. From there it was much scrubbier than I remembered to descend to the valley of the Davis River. Adrian did say that he was going to write to Websters Dictionary and ask that the definition of “stroll” be amended…
Post a Comment
Read more
More posts