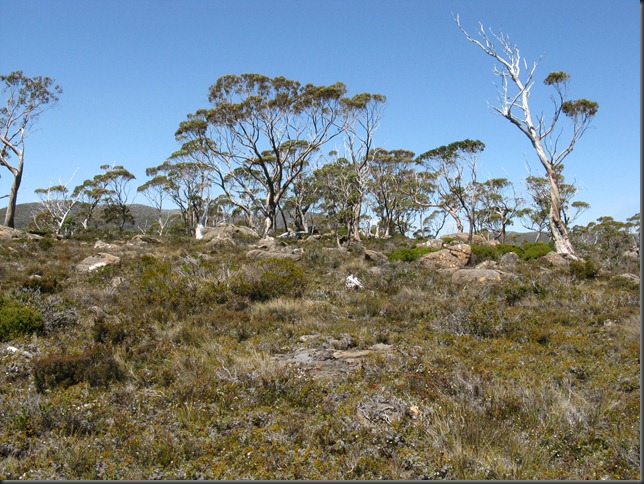 It was sunny and somewhat warmish, but the predicted wind did not seem to impact us much at all.  It was not far down the track that we met the first of the Boronia and there was plenty from then on.  In the valley to Lake Emmett it was quite splendid, especially  in the sheltered little spots.

On the way I walked through a short wooded knoll and on reaching the other side failed to notice some stakes marking the route. The GPS told me where the planned destination was and my memory also had the crossing further up the knoll, so that is where I headed calling the others to follow.  This resulted in a bit of a circuitous route, which I was queried about later.  My answer was "what stakes"; well they were very obvious on the return so no wonder people wondered what I was up to.  Still as I said "we got there OK".
On returning from a walk there was a road closed note on our car window, so we thought that no vehicles would be met coming up to Lake Dobson whilst 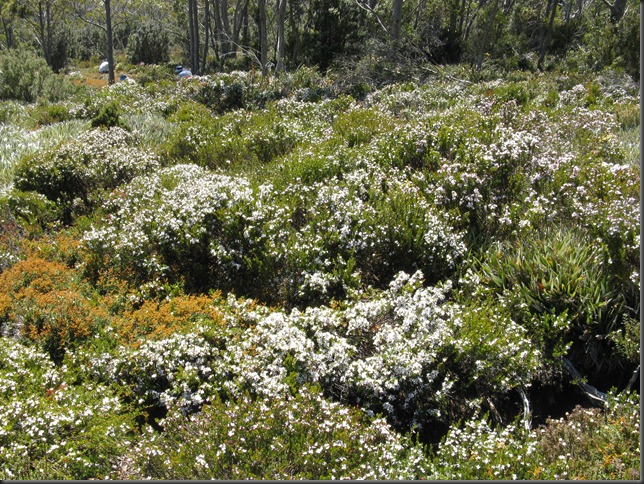 we drove down. Not only did we pass a van heading up, but on the roof was a bloke lying flat and holding on to the edges. Never seen anything like that before; perhaps they thought they would have the road to themselves.

Click the image below to view the photo album.