Thursday 24 August 2017
A most pleasant walk through Eucalypt woodland coming up from midway along the side of Risdon Brook dam.  I remembered going this way some years ago, but had forgotten that it was nearly all on an old little used vehicle trail.  It was also steeper than I recalled, especially near the top of the climb. 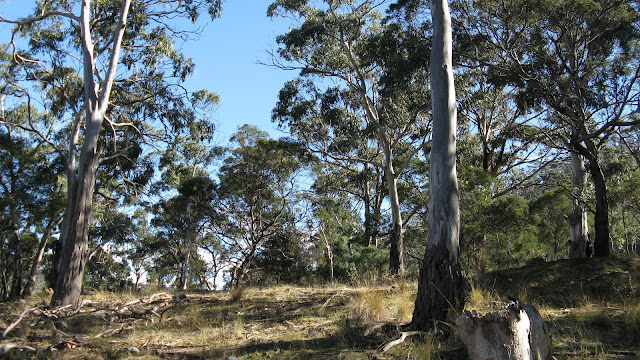 Large parts of the hillside are thickly covered with what I believe to be Ozothamnus scutellifolius which would be worth viewing when in flower during Spring. 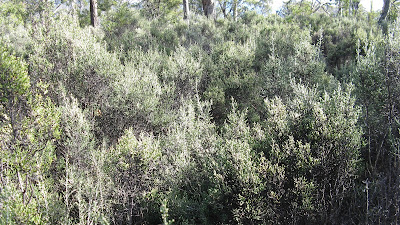 The track along the top of hill here is particularly nice. A steep descent to Huon Gully was made then a climb on the northern hills to a lunch spot.  From there we rejoined the track out to the north-western end of Risdon Brook for the final bit to the car. 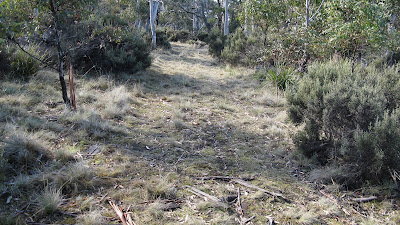 If there had been plenty of time it would have been good to walk beyond the lunch spot for a circuit of the fairly flat hills, I had been over these several times in the past but am quite keen to return for such a walk.