Tuesday 15 August
It was sunny during the walk which was nice as it was Chris’s birthday. Departure was from the PWS access way from Sycamore Road in Risdon Vale and apart from a bike track early on, the climb to the top of Basin hills was on a vehicle track.

Once up there it is mostly fairly level with just a few undulations. Early on we diverted to a cliff that unfortunately has been targeted by riffraff to push cars over.

A further kilometre from there we again left the main route to circle along a small cliff to through pleasant skinny Eucalypts, mostly risdonii we think.

A short 60 metres in height climb followed to the high point of the walk. The surrounding area was prominent with Grasstrees and was much less tracked. Shortly after the downhill commenced which included a delightful wide sandstone slab section kept naturally open by very shallow soil.

Lunch was enjoyed here in the sun before the final descent to the valley floor and the return along rutted tracks to the Risdon Vale and the cars. t was only here whilst getting changed that the clouds came over and even the odds spot or two fell but very briefly. 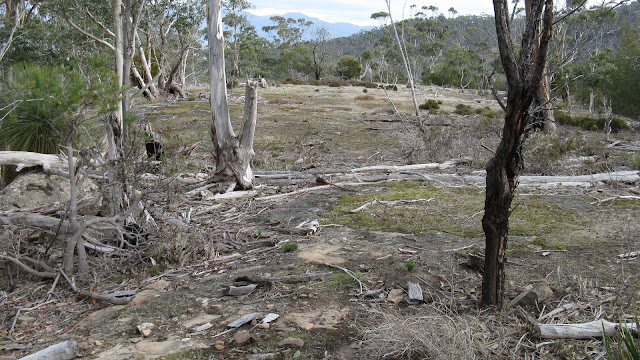 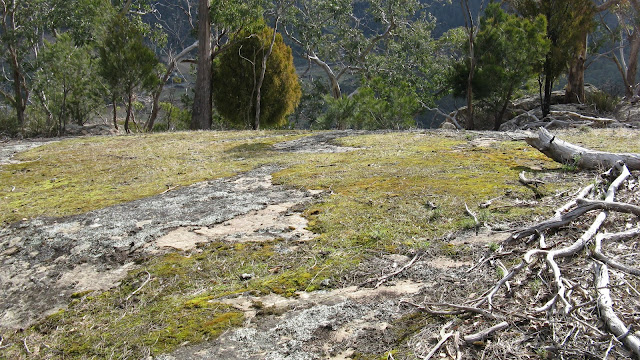 There are more photos at this link 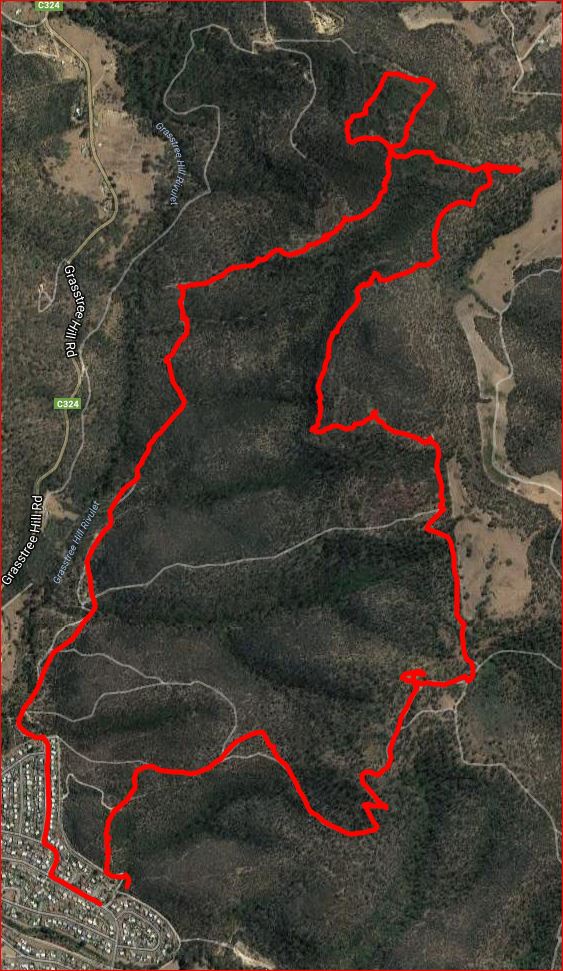