Sunday 13 December 2015
It was hoped that we would be able to replicate in part the first known walk from there into the park, but where we ended at lunch time was at the bottom of a hill that, initially at least, was quite a scrubby ascent and was 1.5k and a height gain required of 200m.
This made it too far to the moorland and we opted to return. It also makes future trips that way perhaps needing an overnight stop, a very early start or having transport at the Lake Fenton end. Even so if the scrub encountered, above the marsh, continued it would be a bit tedious and hard to know how long it would take to get through. Perhaps in 1907 there were trapper’s tracks leading through the bush from the marsh level, although from the journal it sounds like the vegetation was much less and had been badly burnt.
The walk up to the marsh was pleasant especially once past the old sawmill site. The part to that point was on the old vehicle access track then we followed tapes to the Jones River and from there continued uphill to emerge through thick Baeackea and tea tree to the open part of the marsh. 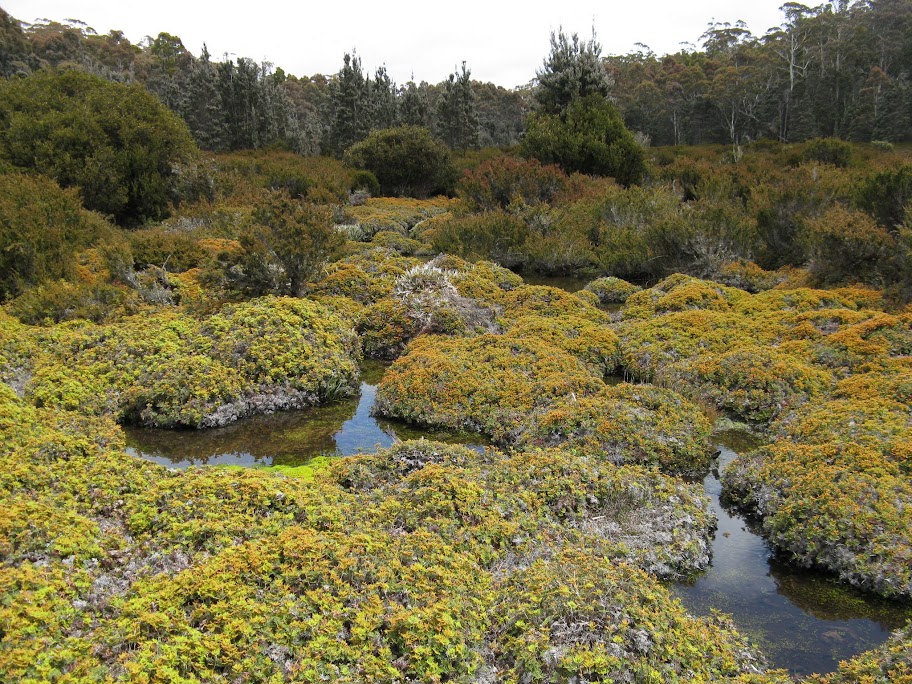 John mentioned that it was now easier to reach Mannys Marsh and that there was a way up to the plateau from there. Although the original 1907 party did go via Jones River it seems that this other approach might be a good compromise and at least we could follow over some of the original route. See below for extracts from the journal, the full one is at this site.
In quite an amazing coincidence, Adrian heard that on the very same day that we went another party went via Mannys Marsh through to Lake Fenton starting from Pillies Road. So it is obviously very doable that way.
Extracts from 1907 journal
….. Higher and higher the defined track led the wanderers …. vegetation grew scarcer and scarcer. The track passed through a veritable forest of bare dead trees of no great height. ………The descent was fairly easily accomplished, and at Jones' River, about three-quarters of the way down, the guides, who had gone in advance, had tea ready……. 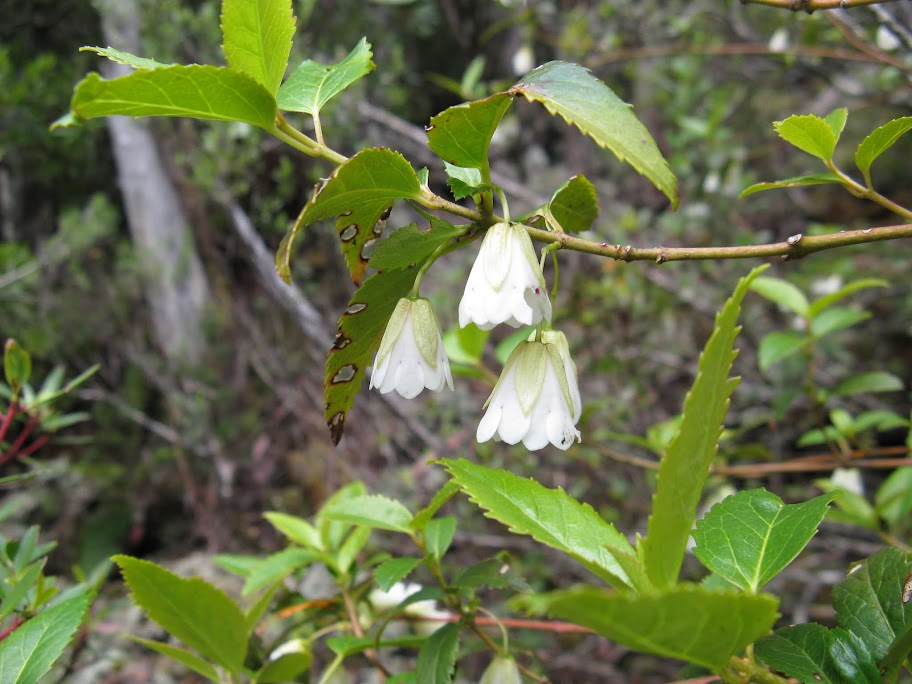