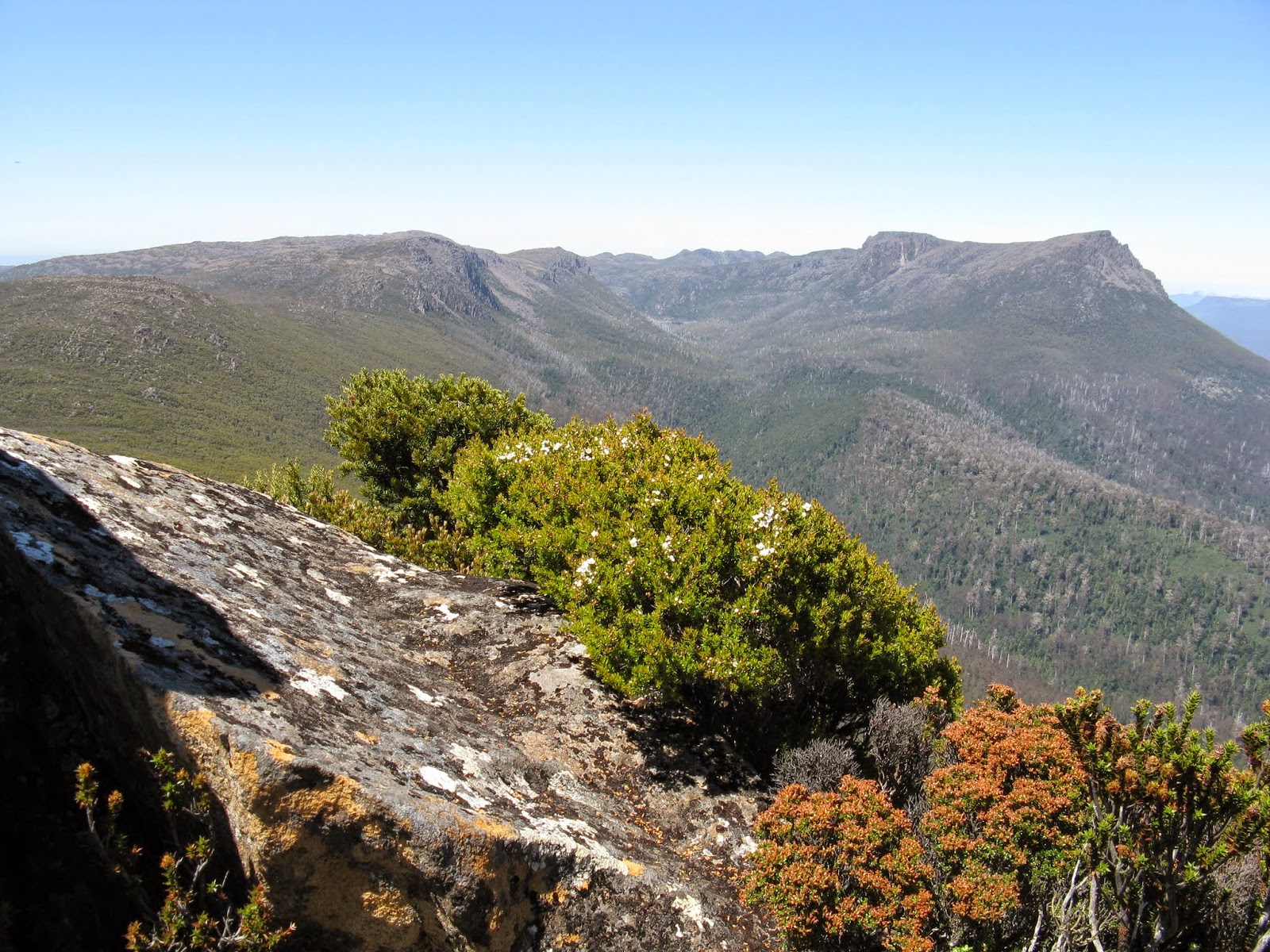 Rodway Range and Mount Field West from Mount Lord
When Nigel suggested a walk to Mount Lord and Lanes Peak I said it was a hell of long walk, but when he mentioned starting in the Florentine Valley I remembered reading an account of a walk from there.   I recalled it was written by Dan on the Bushwalk forum  (Dan is stepbystep) and worked out from his description the best approach.
Now Dan moves fast and starts early but had to time to also climb Tim Shea, get a coffee at the possum Shed and be back in Hobart by 3PM; so it seemed that we should be able to do the walk in reasonable time.

Thursday was consistently predicted to be sunny but fairly mild making for ideal weather and in fact it was quite cool when we started out.  It didn’t take long, however, before jumpers were removed during the reasonably open forest ascent.  The higher part of the forest became even easier underfoot but then a prominent rock tor was reached and with it scrubbier conditions. From here views of Mount Lord allowed us to pick the easiest route to the top, although it did mean weaving past rocky areas and what was 580 metres in a straight line was 1 kilometre to walk to the summit and took 60 minutes.

With the new version of Oziexplorer you can replay the track and it amazing how much extra distance is walked when measured against a straight line projection.
Just as the top was about to be reached Neville spotted an eagle close overhead and we were treated to the awesome sight of two eagles soaring about for a good 10 minutes with one going on several downward swoops at speed; Quite something to watch.
Getting down to the tarn at the end of broader ridge off Mount Lord was easy enough then after filling up from the tarn we headed to Lanes Peak some 1.6 k off over lumpy ground that made for tedious walking; up on a pineapple grass mound, down it then up another with scoparia and other heathy scrub all closely packed around them. It was a relief to finally arrive at the summit and after a break we took a direct line initially through scrubby country then under tall and open forest to the car.
Distance 7.3k.   Elapsed time 6:45.   Walking time 5 hours.