The suggestion, and it was a good one, came from Greg for a walk to the Sentinel Range. An early start saw as the car park and ready to depart at 8:30am and it was not very long before the bottom of the ascent gully was reached.   My memory of this bit was a sidle below the range for a reasonable distance, but in fact it was quite short, so that is a turn-up because it usually the other way around. 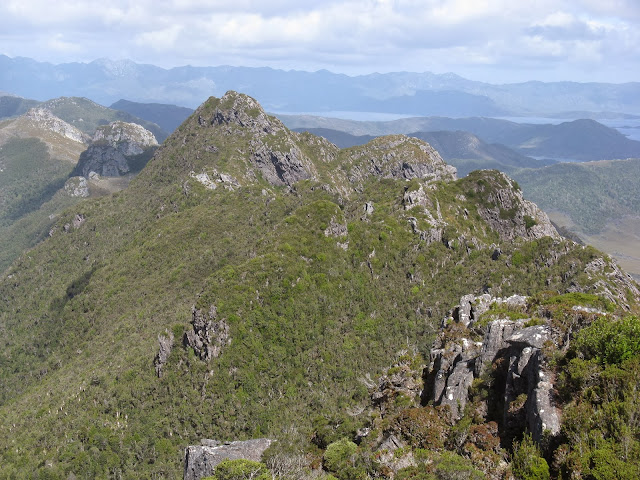 View west along the Sentinel Range
Going up was a steep climb but with a comfortable temperature was achieved by the three of us in what seemed like pretty good time. After morning tea on the saddle above the climb, it was on to the summit of the high point on the range. By the time we arrived the cloud had broken up leaving just a few floating in the blue sky.  The views from the crest were now sparkling clear. 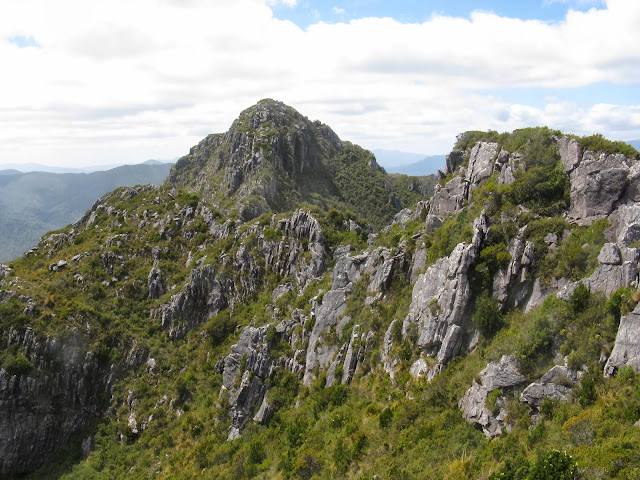 Summit of Sentinel Range
After retracing steps to the saddle we walked along the top to the next prominent peak, finding an overgrown pad at times with the final ascent through a bit of low scrub. It was a great place for lunch, had no flies or other insects pestering us and the temperature was most pleasant.  The steep descent once back at the saddle didn’t leave our knees any the worse for wear.
The track is in fairly good condition without a great deal of erosion in the ascent gully and beyond.   The pad is quite distinct, except for a very short distance on the ridge top, but is a bit overgrown in parts.
The walk was a mere 5k return and took a shade over 3 ½ hours not including lunch.