29 November – 1 December 2013
Whilst making plans for a walk to Mount Pillinger we discovered there was a geocache on top and one also at the not too distant Lake McCoy, so we decided to incorporate both destinations in the walk.
After driving from Hobart we came to a halt due to humped dirt over the Arm River Road and a ditch behind.  Following a backtrack to the Maggs junction, we followed that road to Maggs Spur 17. Fortunately we had plenty of time available and arrived at Lake McCoy to camp for two nights.
The track into Lake McCoy is generally obvious and follows a long narrow valley, much of it open after the initial climb up through the dry forest.  Quite a lot of Coral Fern is present then deep sphagnum at the lake. Just before the high point of the valley we missed the pad but picked it up easily on the way back. 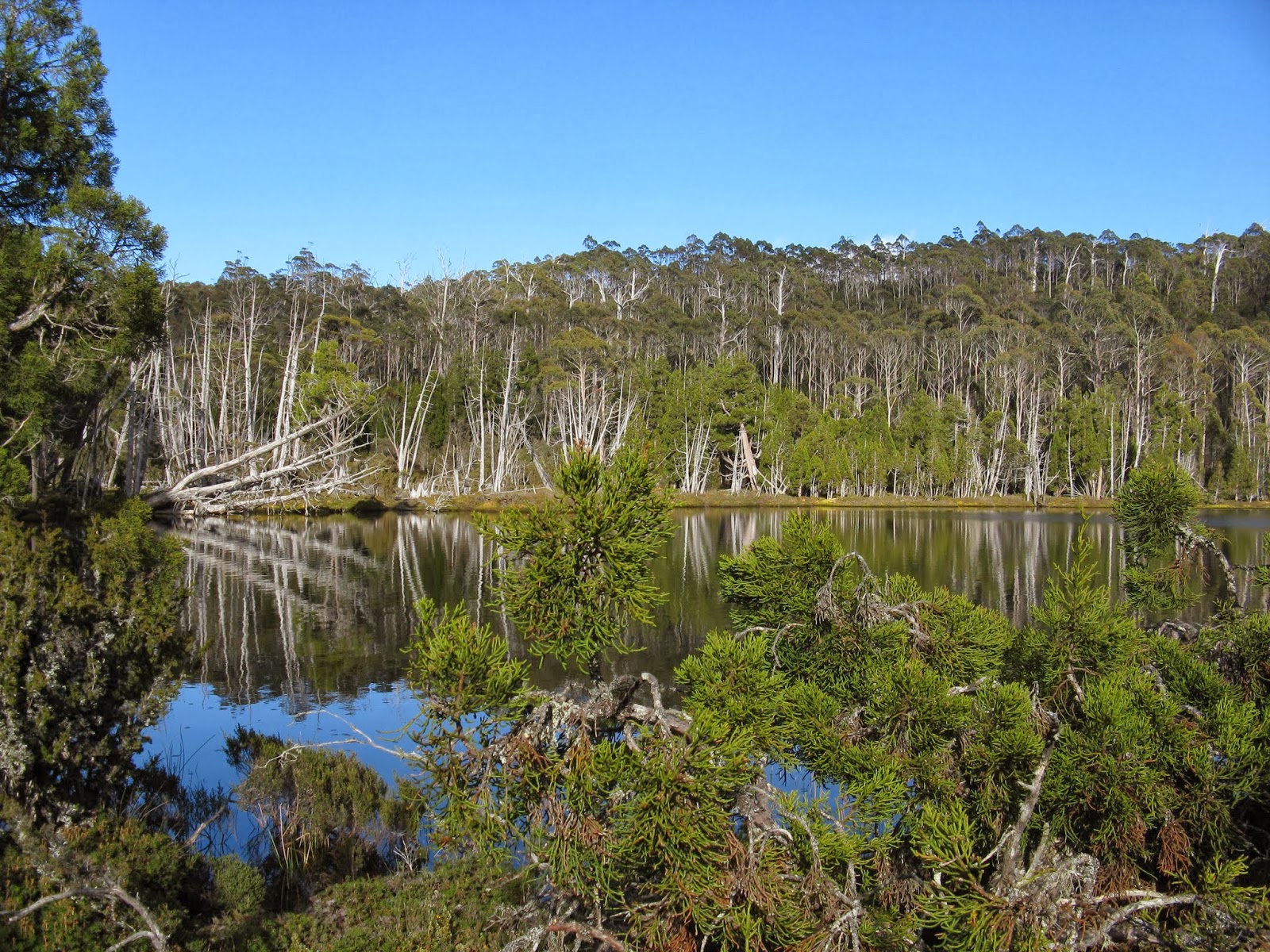 Lake McCoy
On the middle day we set out for Mount Pillinger, although a wrong assumption took us on a taped and cairned route to the cliff edge.  The wrong assumption was that this would cross one of the clear valleys marked on the map.  As a result we had a longer route to the top of Pillinger than anticipated.
After negotiating a hillside with some small cliffs a scrubby plateau was reached before breaking out into a delightful valley. It provided good views to the Cathedral peaks and was lined by Pencil Pines with several creeks and pools.  Eventually this valley turned and we could at last see Mount Pillinger ahead. On the small climb out of it we encountered scrub, but as discovered when looking back from the top of Pillinger we had missed a very narrow clear valley leading to another wide one.  Needless to say we returned by that route. 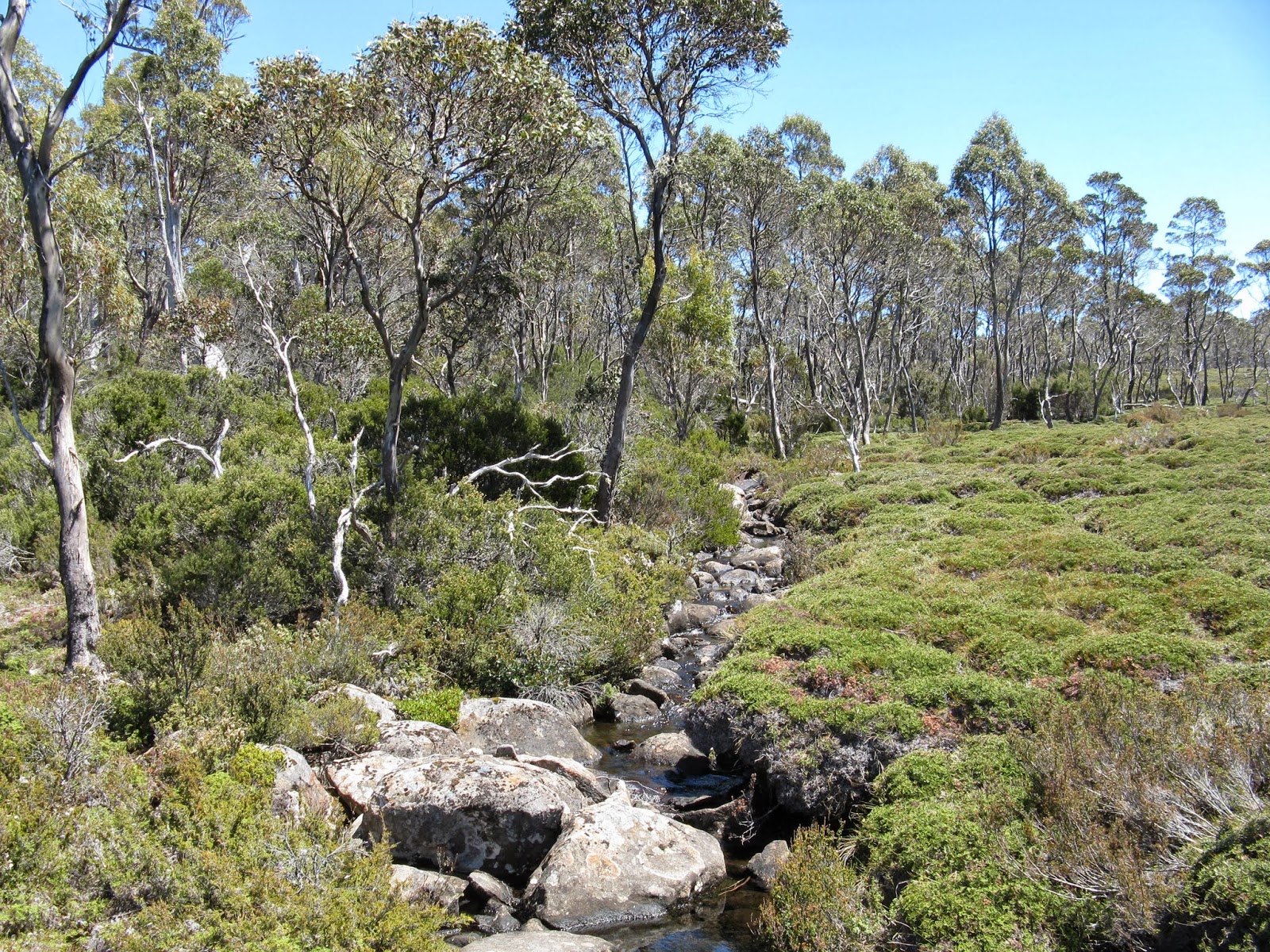 The climb up to meet the summit track also had scrub but again with aid of views from up high we had a slightly easier way back.  Whilst gazing at the summit we heard a call and noticed a Wedge Tailed Eagle circling it and what appeared to be a person up there.   On arrival there was in fact another walker and a very friendly one at that.   Our only problem was that he was sitting where the geocache was located, so we had lunch and waited for him to depart.  On reading the cache log we realised that our fellow walker had also signed it.

Even though the return route was easier it had its share of scrub in the part before Lake McCoy.  One of the intriguing things seen on the way was a clearly marked pad that appeared to come from the NE   direction then turn and seemed to lead towards the Pillinger summit.  It was fairly old, had stakes and there was sawn timber beside the track.   Where it came from would be very interesting to know.
The early morning of the final day was still and sunny until mist rolled in close on 8AM and visibility gradually dropped markedly.  It gradually cleared and bit by bit the day became clearer and warmer. 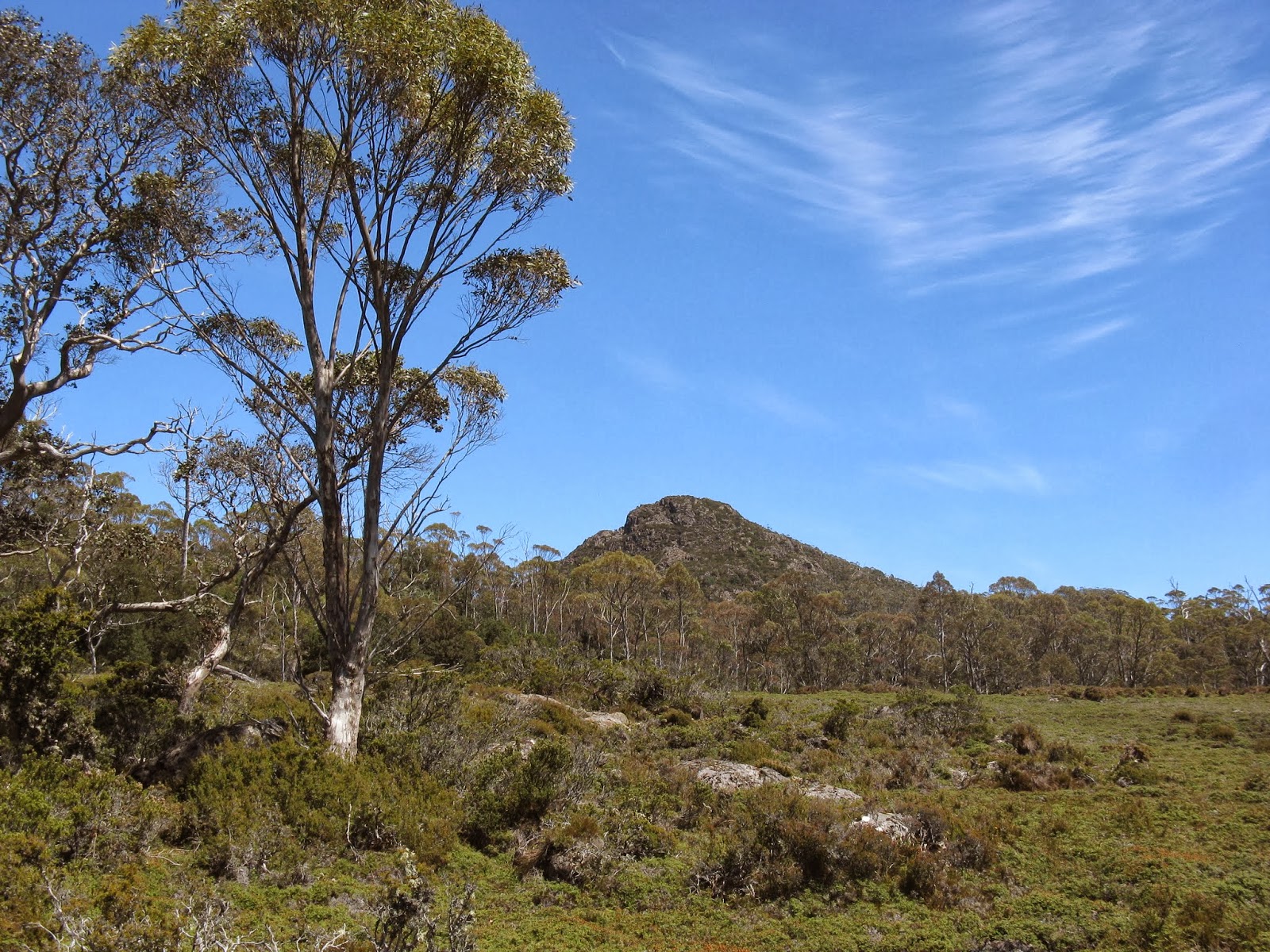 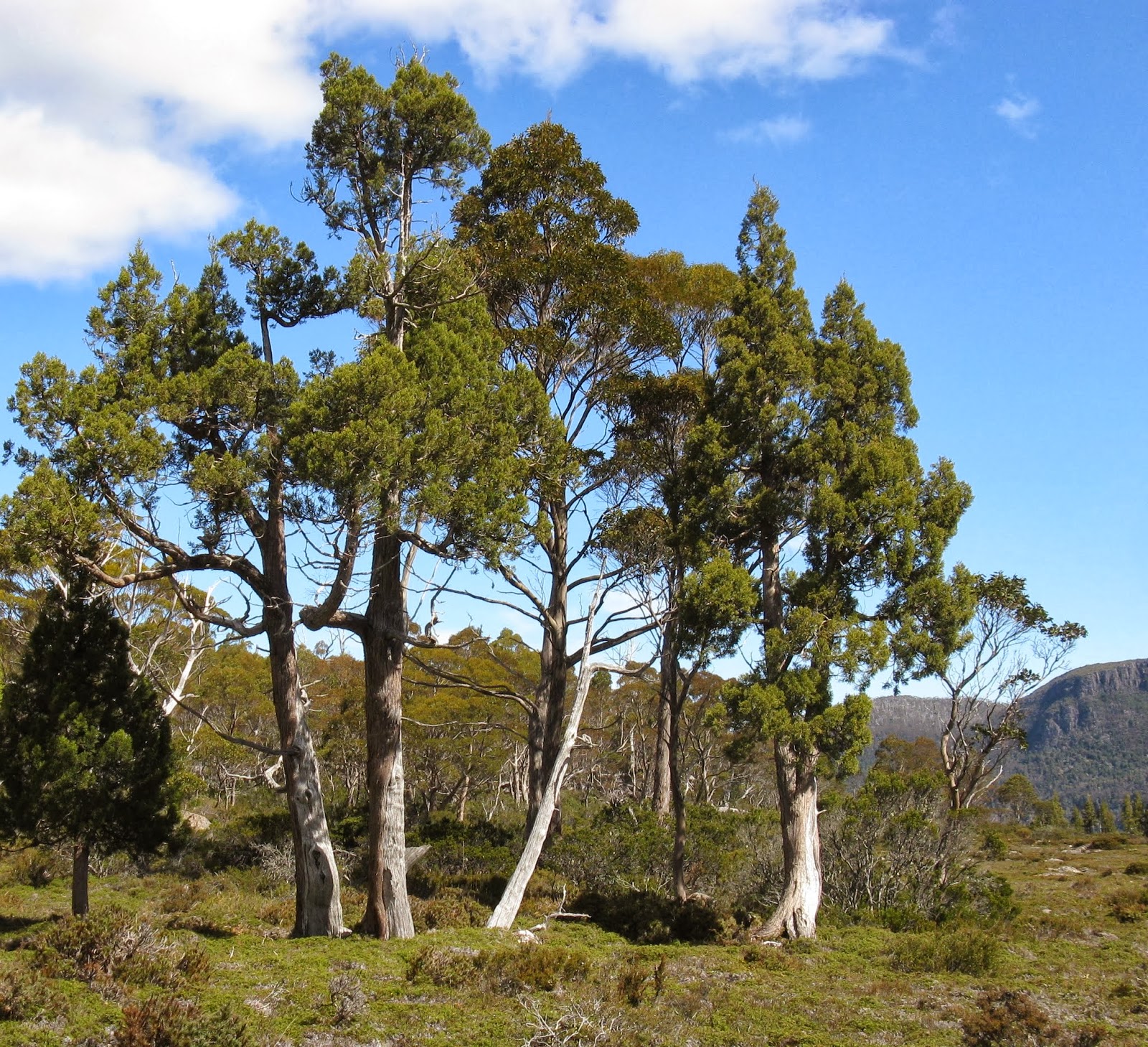