Thursday 11 May 2017
A most pleasant walk along the coast between the convict coal mine settlement and Lime Bay. As there was six of us it allowed for a car shuffle to save making a walk along the road back to the starting point.
Light but quite wetting showers were met on the drive down to Tasman Peninsula, but it was fine if mostly cloudy where the walk took place. The wind was cool and from the south east but the bush was thick enough to block it.
Lunch was at Monk Bay and good fortune brought the sun out for the duration before it disappeared behind cloud again.  The conditions for the last half of the walk at least made it easy to see how clear the water along the coast was.
During the walk the number of little diggings on and beside the track was most noticeable and hopefully it is indicative of a healthy native animal population; possibly many by Bandicoots.
The Fishlips café at Taranna was open and was good for a coffee. 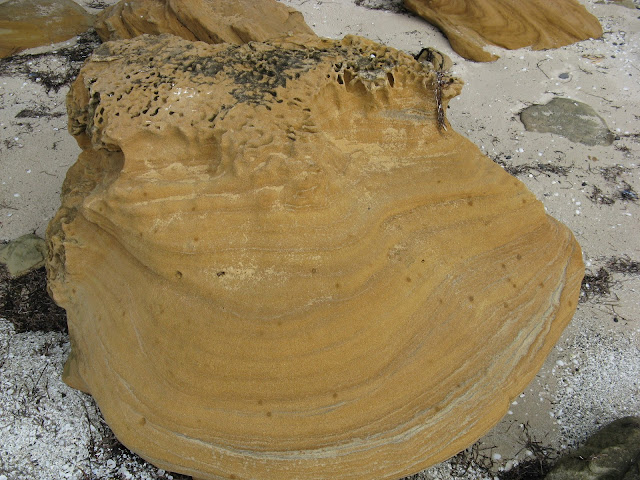 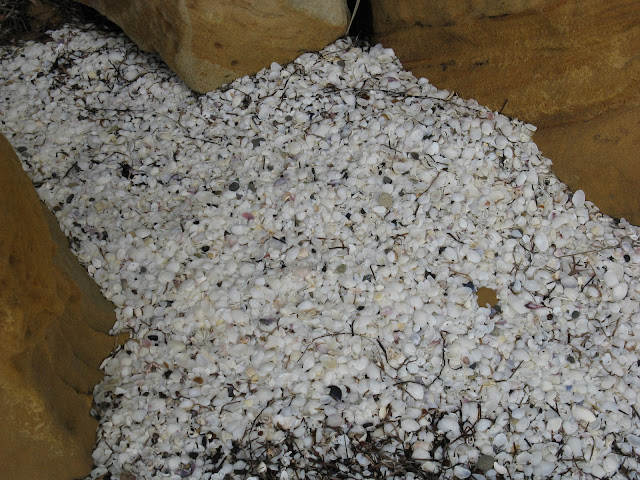 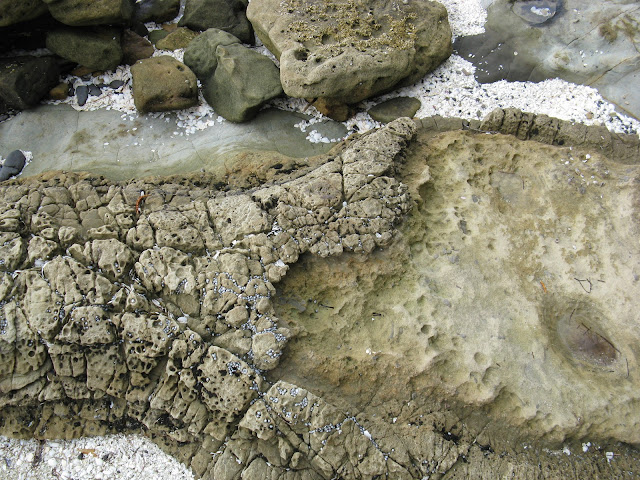 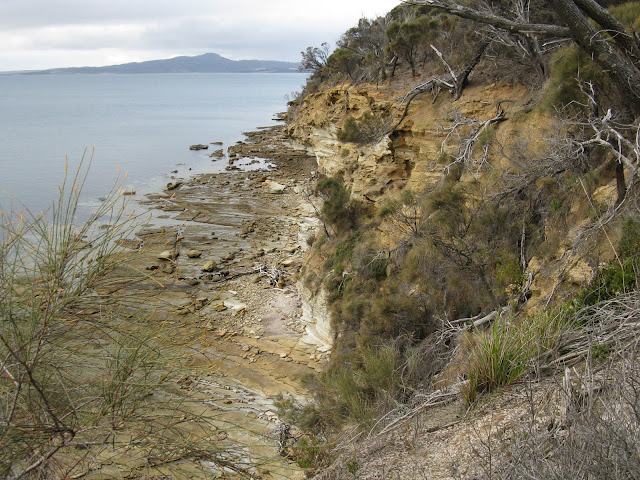 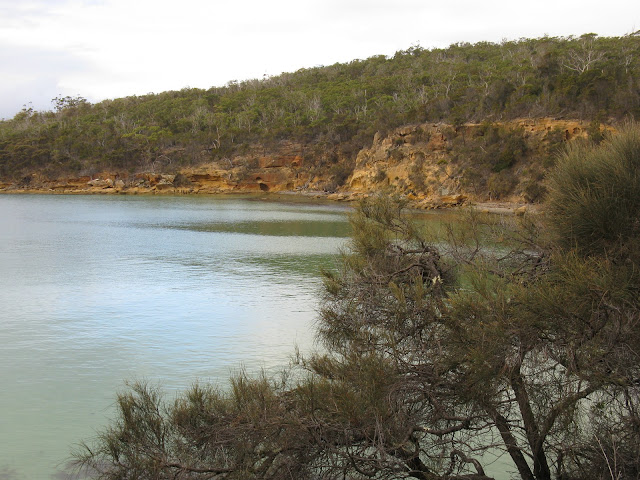