Location: Southeast, TAS, Australia
29 December 2015
It seemed an interesting idea to head down the Tasman Peninsula to walk again along the track to Mount Fortescue now that it had been upgraded as part of Three Capes walk. However, the experience has left me quite disgusted with what PWS has done, and I do not get upset easily. The PWS website currently has under Tasman Peninsula a walk listed to Mount Fortescue via Hauy track, but when we got to the junction with the Cape Hauy track, there was a sign that said no entry (due to the spurious excuse of phytophthora). Below is the extract from the PWS website as at time of writing.
Mt Fortescue Track
(6-7 hours return)
This track takes walkers to the 490 metre Mt Fortescue and provides excellent views of the rugged coastline. The track commences at Fortescue Bay. Follow the Cape Hauy Track (see above) for about one hour to a low spur where a sign marks the Mt Fortescue Track, which leads off to the right. 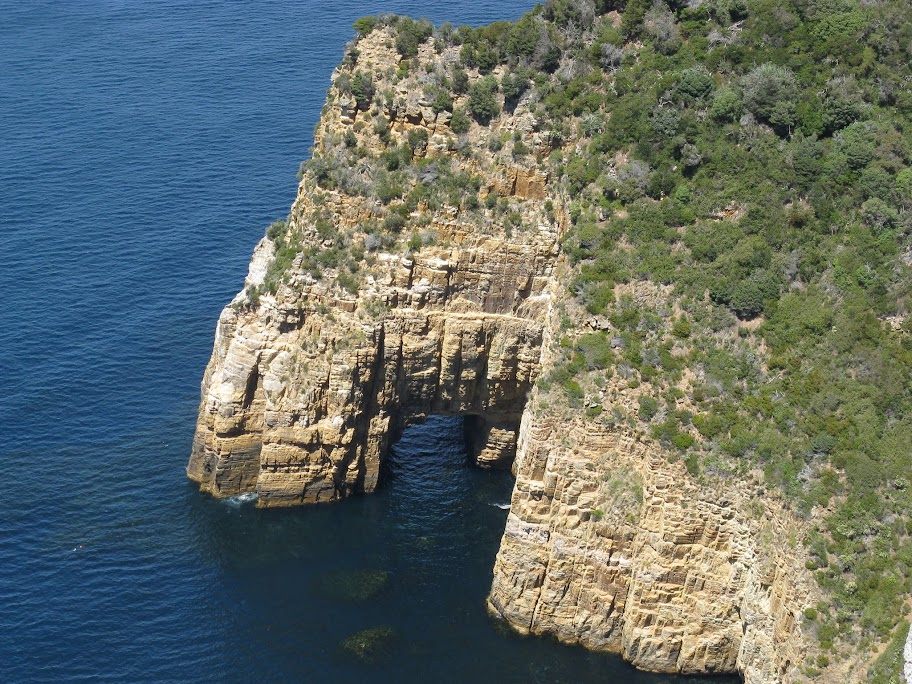 By and large most walkers coming from the Retakunna hut will have reached or be close to the Cape Hauy junction by the time anyone wishing to go to Mount Fortescue reach that point.
I say that the phytophthora is a spurious excuse for stopping people. The very susceptible Banksia marginata is in very good health all the way along the Hauy track, which suggests that the argument is quite spurious and only being used as an excuse no one could come up with a reason that would be acceptable. In any event is not beyond the wit of PWS to construct a better scrub down station or chemical treatment entry gate to replace the very basic one currently existing. How can walkers going one way be not a threat but those the other are? This is all more ridiculous because walkers can start from the exact same Fortescue Bay spot and walk to the Mount Fortescue by the prescribed route, but presumably do not pose a risk of bringing phytophthora that way.
Denying people access to the spectacular cliff lookouts 10-15 minutes up the track, is simply an appalling situation It is truly ridiculous and from observation many other people probably thought the same as several parties (9 people noticed in short period of time) ignored the sign and proceeded up the track. In other words, a walk of under 3 hours return or trip 6:30 to be able to get views from the same point by the designated route. 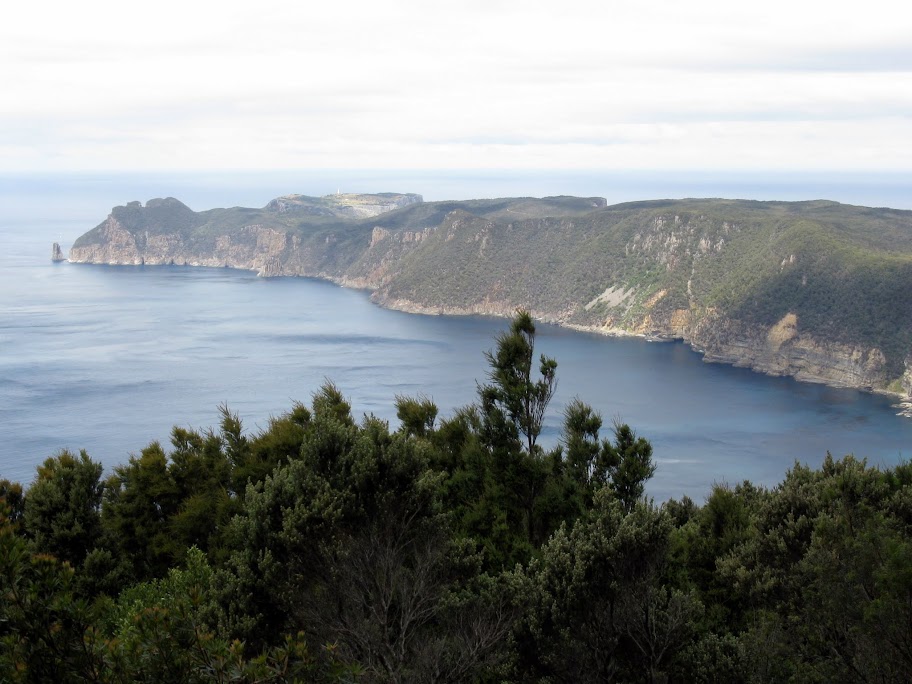 The new track closely follows the old route and is of a high standard, but somewhat lesser than the Hauy track and is also not as wide. Clifftop lookouts are not far from the junction and are quite spectacular and from a couple of spots you can see a sea tunnel going right through a headland cliff. On one trip we were sitting on one of these rocky aeries when a sea eagle rose up from below and was ever so close.
Apart from the improved track there is new lookout high up on the side of Fortescue and the summit has been improved including clearing of a bit of vegetation to allow better views of cape Pillar.
It is 8.2k from Fortescue Bay and takes a bit over 3 hours for the up direction and is a somewhat quicker 2:30 hours coming down.

To view an album of photos click the image below.