Wednesday 8 July 2015
Sometime last year Neville suggested a walk to Mount Franklin and we have now settled on a day for the walk. It is a prominence of 1102 metres and is situated on the north east side of Lake Sorell in the highlands and rises about 300 metres above the lake.   It is assumed it was named after former governor John Franklin but checking at Placenames Tasmania didn’t give any history.
This was a particularly cold morning and the temperature was -4 for most of the drive to Oatlands with heavy frost about, Nigel used his windscreen wiper and it turned to ice.  But apart from several fog patches on the way it was still and sunny. Along the Tunbridge Tier Road the gums were spectacularly white.
We had two vehicles and there was confusion about the road to take from the highway, but thanks to mobile phone communication this was soon sorted out.
A 4wd road goes reasonably close to the peak, but it was unknown how far, if at all, we would be able to drive.  However it was in good condition and apart from the final bit was suitable for 2wds. It was only from the junction of the lakeside road up a rougher road that a short rough bit was encountered.
Soon after leaving the cars we noticed a length of open country heading towards the peak and were able to follow this until it ended, and from there a gentle climb over either boulder country or light scrub brought us to a lookout and in a further 150 metres or so the summit.  Wherever the sun hadn’t been able penetrate it was quite icy and white, but it was pleasant in the sun.  The views over Lake Sorell were surprisingly unobstructed and Mount Wellington could clearly be seen in the south.
From the car it was 1.5k each way and took 1:10 up and 1 hour back. The return distance is 3k.

Gums near the summit of Mount Franklin 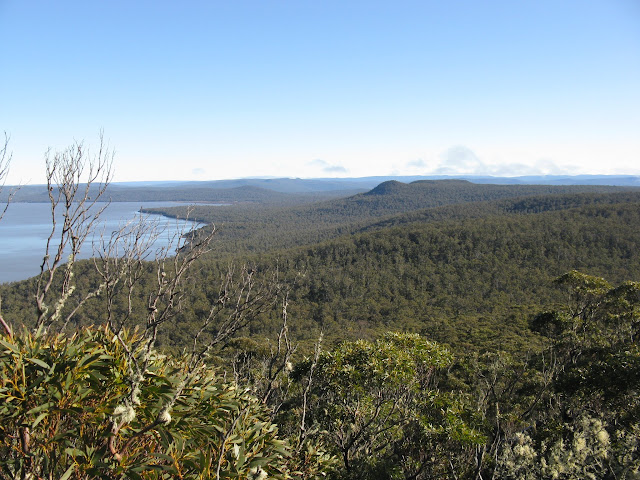 View from Mount Franklin with Lake Sorell and Cradle Hill.
Route of walk 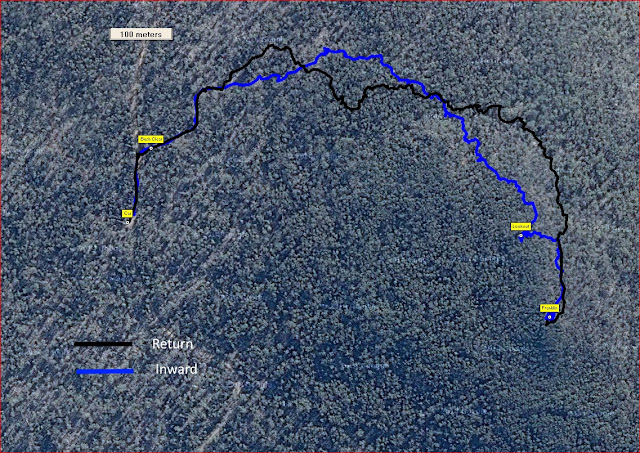 A photos album is online