Tuesday 22 October 2013
At one stage the Tuesday was the only decent forecast for the week, then it changed to being the worst with rain expected.  However a couple of days later it had changed back to the best weather for the week after all.
The initial bit of the walk from Braslins Road was a steady but not steep uphill past some remnant buildings, although one the highest private bits of land looked to have recent activity.  At the first junction there was debate as to which way to go, but we opted to follow where the GPS pointed and went right.  It was a bit confusing as the waypoints put in the GPS had a track further to our north and where we were walking did not appear on the map.   Viewing our actual track from the GPS on return home showed that the map had the track in the wrong place.
Some sections had plenty of vegetation growing in the track, but nothing too overgrown to require pushing through.  There were a few boggy stretches and the one creek crossing had a rock bridge to make crossing easy.  The final 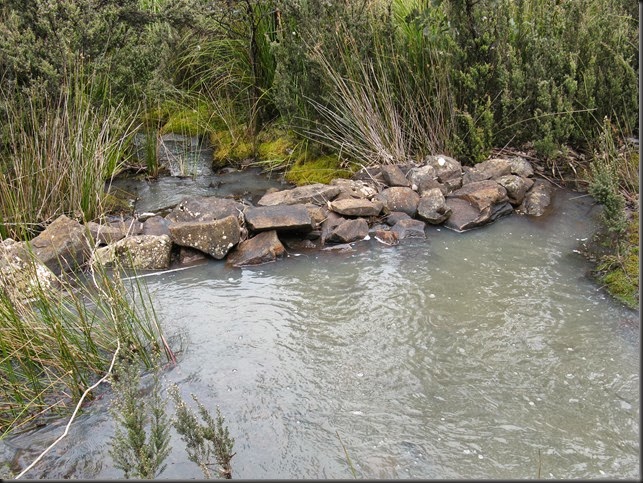 bush track was in reasonable condition and I only strayed from it briefly on a few occasions, with Greg quickly pointing out the correct way.
The return route was a little longer as the track on the northern side of Little Swamp was followed.  The track was a bit more open and drier this way. 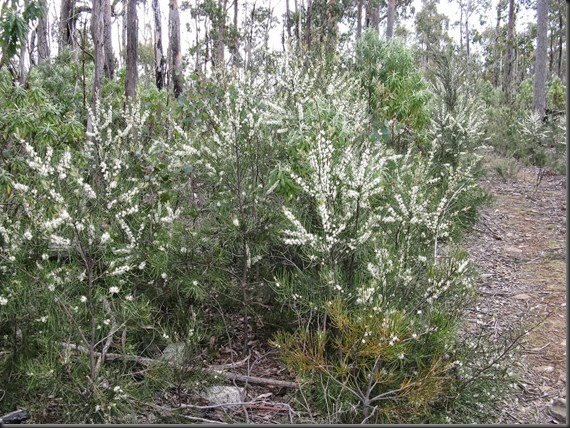 The walk was enjoyable and in very comfortable weather. In several sections Hakea bushes were quite dominant and flowering well and some areas had lots of tea tree.


We had to get over a few large trees down over the track, including some that looked very recent. One of the large trees to get over – photo from Greg Bell
Unfortunately, there was also a spot where the Erica weed was growing.  The rocky top of Dromedary is pleasant and there were good views; it was a good walk.
It is near enough to 7 kilometres each way and it took us 2:40 to reach the summit and  2:30 hours back. 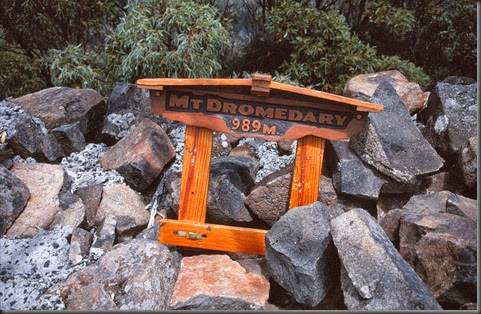 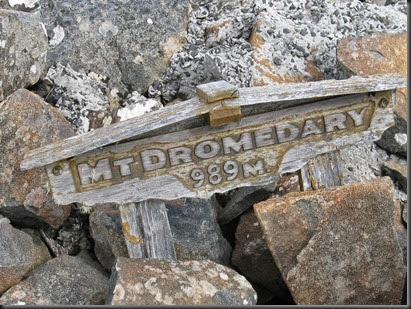 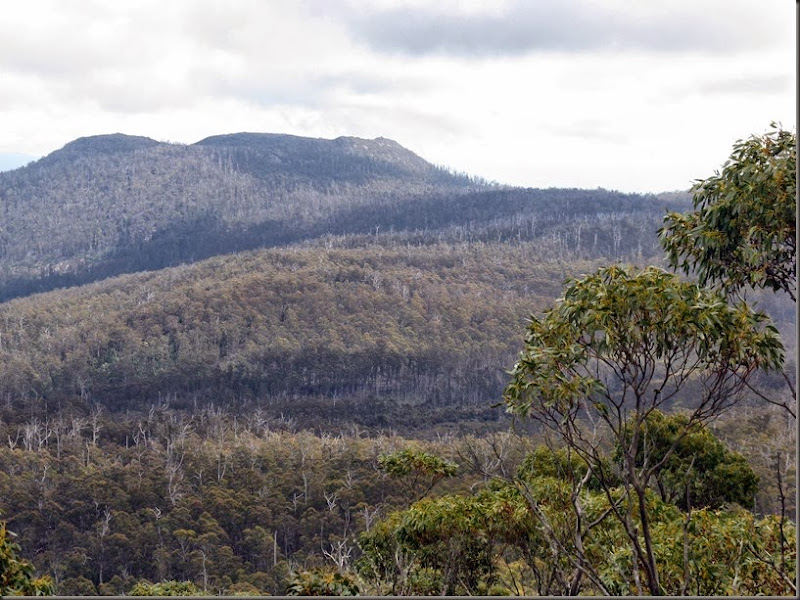 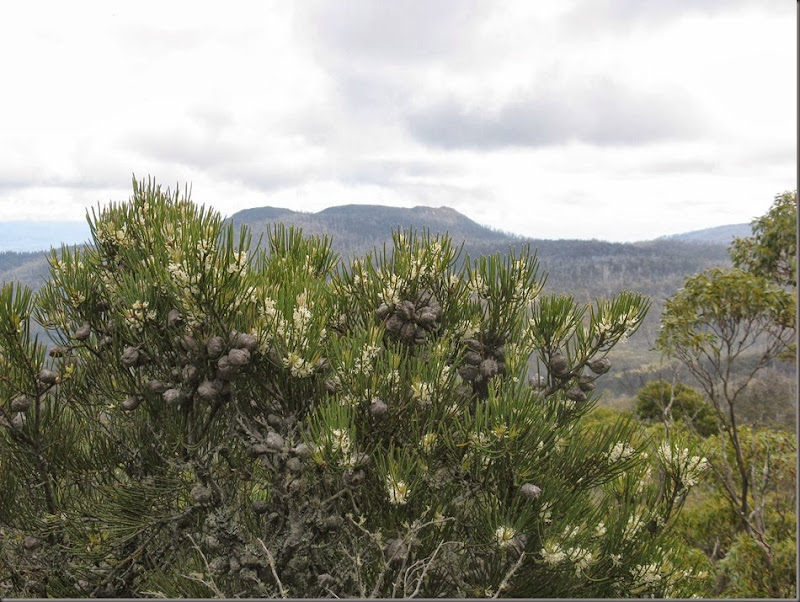