Tuesday 19 March 2013
There was a number of reasons to go on this walk; just for the pleasure of bushwalking there, to locate a geocache on the summit and to see what effect the fire in early February this year had on the area and on the track clearing that the Wellington Park Bushcare Group had done in the last part of 2012.
As always it is a noticeable uphill walk, although not overly steep, other than a couple of quite short sections. Not far above the junction with the Collins Bonnet track we stopped for a rest on a small rocky ledge only to notice that a wasp nest was there.  So this encouraged us to continue on. Nearing the fire trail the new track clearing was noticeable and then the first bit of fire impact was reached.  The area was quite heavily burnt and this continued up most of the way until 200 metres from the summit, apart from a two or three sections of unburnt scrub.  Ironically the damage ceased only a short distance beyond where 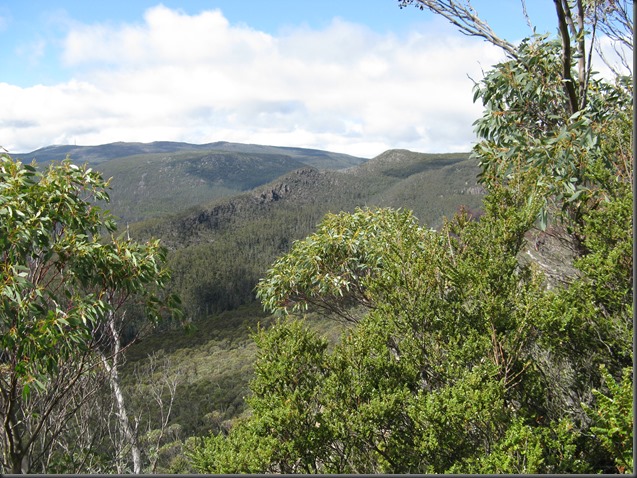 the track work ended and this last part of the track, which remained overgrown, was completely unburnt.
Whist at the summit a group from the Pandani walking club arrived.  On our return we went on a short side walk along the Glen Dhu track to see the fate of a particularly nice bit of bushland and were pleased to see it was not burnt. Another diversion was made at the junction with the Collins Bonnet track to pick up another geocache; I was surprised that the first part of this was steep as my memory had it contouring  initially.  The other surprise was the wetness of this bit of track, despite everywhere else being quite dry after the summer of little rain.
It will interesting the compare photos of the site as it recovers. 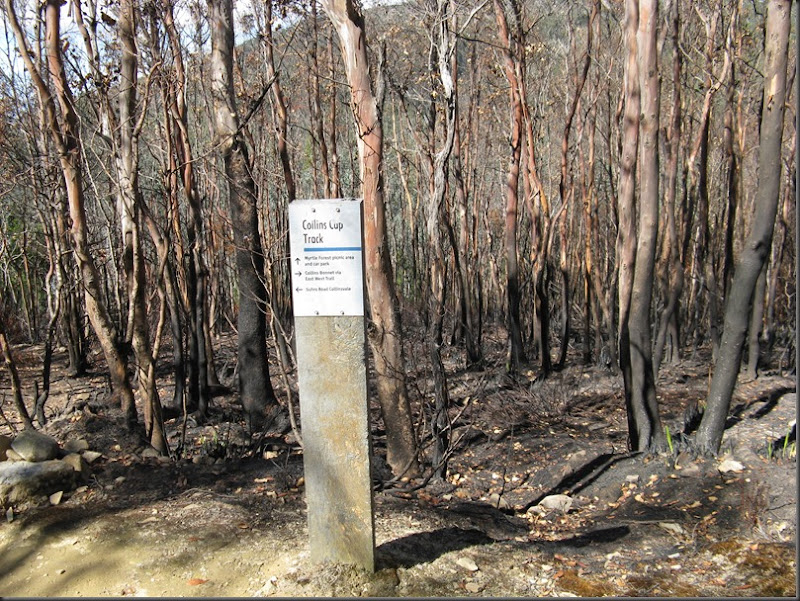