Thursday 12 July 2012
Gradually the cloudy sky broke up and there was plenty of sun for this bushwalk taking us past the three caches in the Bluff River Gorge. After not being able to get across the river last year, we walked directly to the upper crossing point without walking the western side track within the gorge. Before heading down to the river we enjoyed sitting on the open ridge top with panoramic views of the gorge. 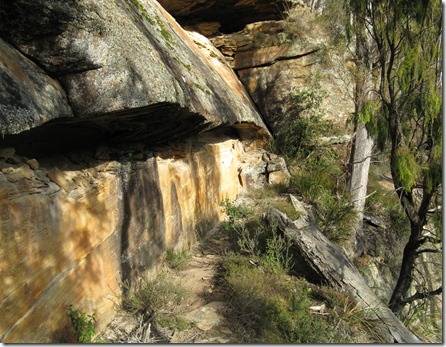 Once over the river we gradually gained height and rounded a bend to come out into the sun, which remained with us for most of time on the eastern side. Numerous attractive caves and cliffs added to the dramatic country we were walking through. Apart from a the odd bloom it was too early in the season for the bushes to be in flower. 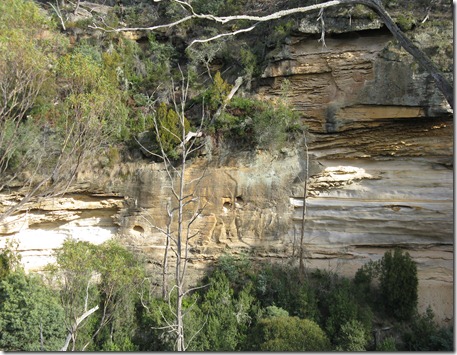 During the walk three geocaches (Looping the Bluff !, Sanding Room Only, and No Bluffing, By Gorge !) were also collected
Click below for the photo album