Perhaps the only advantage of going to Trestle Mountain via the Mountain River track is the fact that a site with the exotic weed Broom can be checked, unless you count walking steeply uphill for 2 hours as a desirable feature.

As reported by Bruce C a couple of weeks prior, there were numerous small plants there together with plenty of Broom cotyledons. On the return walk we did pull a few out, but decided that a trip dedicated to the task was warranted, and by then the tiny ones would be bigger and easier to spot and remove.

Just above this spot we did make a surprising discovery of a very recently cut diversion around a fallen tree. The reason why we found it a surprise was that it was easy to walk under the tree, only requiring a gentle ducking of the head.

What had promised to be a fairly sunny day did not materialise and cloud hung around and was particularly felt on the top of Trestle. So much so that lunch was taken back down the slope in a spot sheltered from the cool breeze.

The track from the fire trail to the summit of Trestle, which had been put in some six years ago, was in need of a little trimming to both make passage easier and to allow line of site to the marker poles. Some of the poles were hidden by the healthy growth and quite a number of bushes and trees originally cut off at ground level were now reshooting from the base. 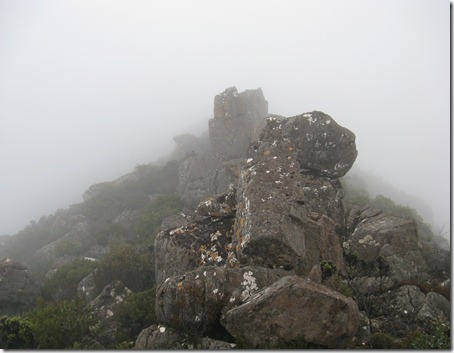 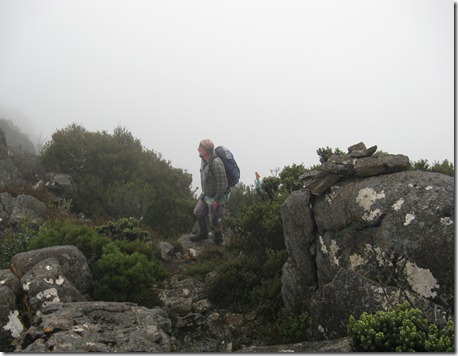