Three geocaches were on the agenda for this bushwalk. From Big Bend we walked in a fairly direct line to join with the South Wellington Track, and located the first cache. Next it was on to Smiths Monument and cache two. 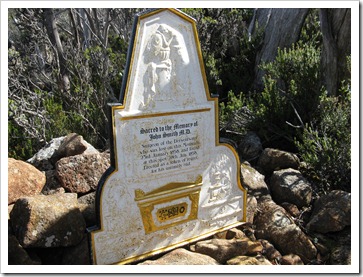 Then came the scrub, some of which could have been avoided if I had picked a better line. Eventually the more open and pleasant shelf country was reached before an ascent to the South Wellington plateau followed by a descent to Dead Island. 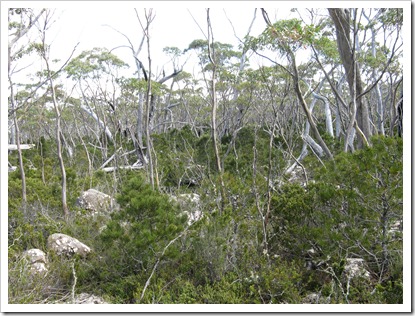 Plenty of water lay about in the low lying land prior to it and there was a good flow of nice thirst quenching water in the headwater stream of the North West Bay River. Dead Island held cache three for the day which left us the with uneven and damp slog back to the cars. 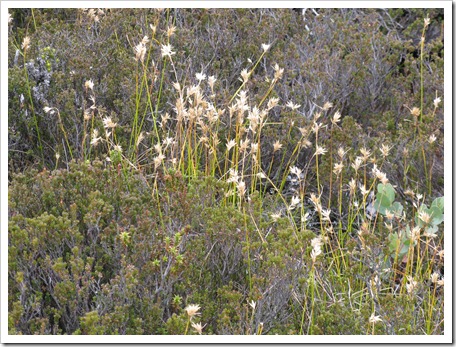 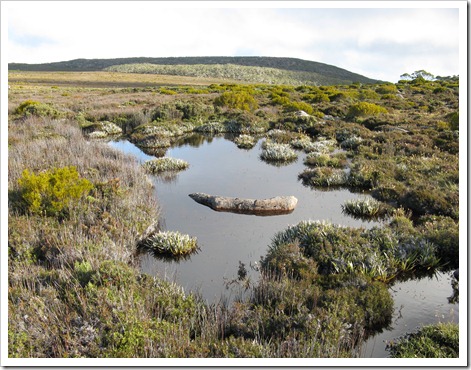 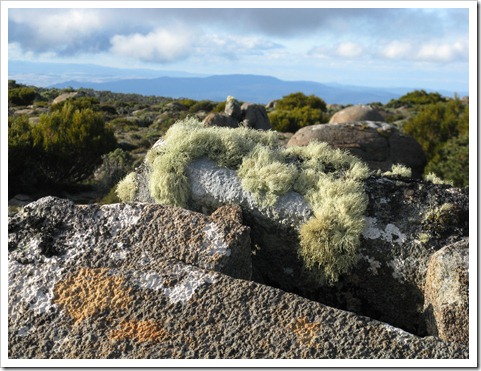 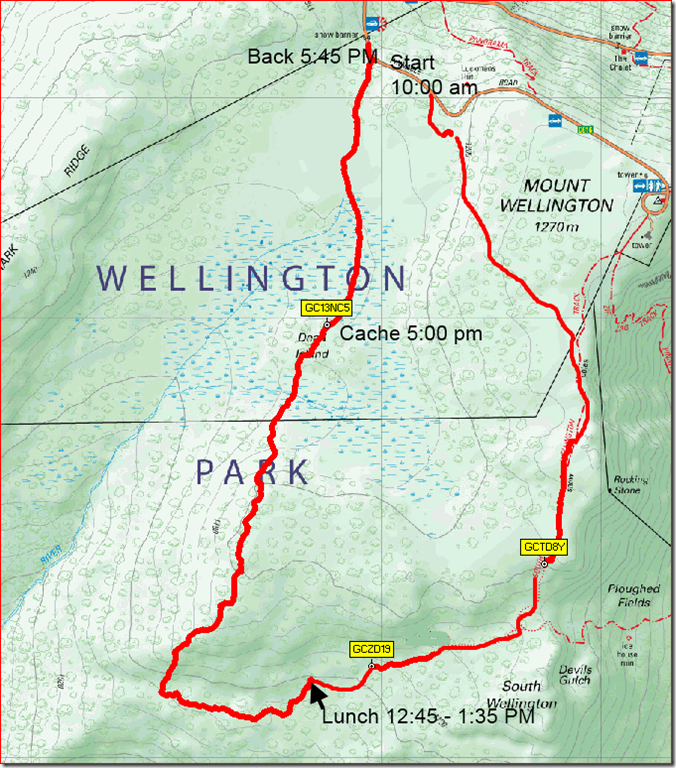 To view all the photos
The walk profile